WHO decides not to declare global emergency over Congo Ebola outbreak 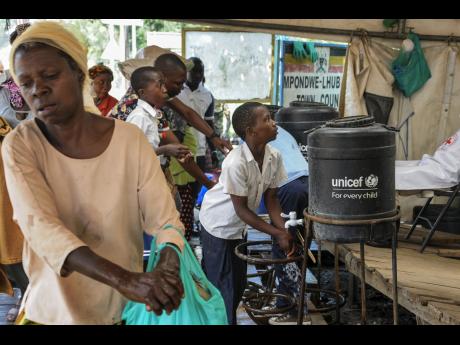 People travelling from Congo wash their hands with chlorinated water to prevent the spread of the Ebola virus as they crossed the country's border with western Uganda yesterday.

The World Health Organisation (WHO) has decided not to declare a global emergency over the Ebola crisis in the Democratic Republic of Congo.

The WHO acknowledged yesterday that Ebola was "very much an emergency" in that region, but said it does not pose a global threat.

The global body was, however, critical of those countries it claimed were giving less than half the money needed to tackle the disease.

The Ebola outbreak in eastern Congo -- the second largest in history -- has claimed more than 1,400 lives.

This week, Ebola cases were detected across Congo's border with Uganda, though the virus is not yet spreading there.

Declaring a Public Health Emergency of International Concern is one of the most important acts that can be taken by the WHO.

It has done so only four times before, including for the Ebola outbreak across West Africa between 2013 and 2016, which killed more than 11,000 people.

The declaration usually triggers international funding and resources to help fight the outbreak.