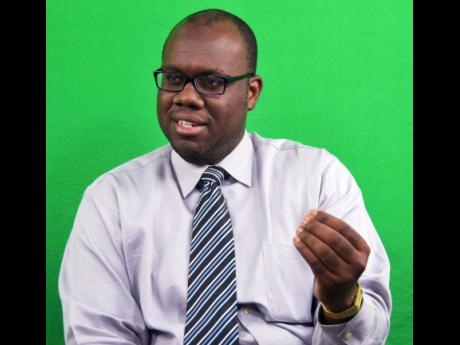 Patients with lighter complexions are treated with more favour than those with darker hues when seeking medical attention in public hospitals and clinics, anecdotal reports by doctors show, raising concerns that the health of Jamaica’s black majority population may be at risk because of colour prejudice.

The issue is documented as an item of concern in a booklet titled Health Care The ‘Rights’ Way: Centering Human Rights in Patients’ Care.

In the booklet, the Jamaica Medical Doctors Association (JMDA) lists colour prejudice as one of the human-rights challenges that members of the association have noted in interactions between patients and medical staff.

The JMDA represents approximately 1,100 medical doctors below the rank of consultant in the public-health system.

President of the JMDA, Dr Elon Thompson, said that anecdotal reports were culled from members of every profession in the health sector, including doctors, nurses, porters. Feedback was recorded by the association’s executive and other physicians.

“That’s how we came up with the consensus statements, so it’s people who have experienced or witnessed it. I thought based on the feedback I got that it was something that was pertinent enough to share,” said Thompson. “We have come a far way, but it still exists; it doesn’t happen very often, but it still happens.”

He added: “It’s just how we communicate with persons. The communication channel is sometimes better and persons are more lenient towards them as opposed to a person with a darker complexion. It’s something that happens and is pervasive throughout society.”

Thompson did not provide empirical data to support the claim.

The JMDA said that one of its primary goals was to break down sociocultural barriers that might prevent patients from receiving quality care.

“It is going to take social reform for us to get out of certain cultural habits from as far back as slavery, so we just need to be proud of black people,” said Thompson.

President of the Nurses Association of Jamaica, Carmen Johnson, said that while she has not witnessed evidence of colour profiling, she has heard patients complain of preferential treatment for patients with lighter skin.

“They sometimes don’t understand the whole triage process (priority of patients’ treatment based on the severity of their condition), and so sometimes you may have somebody of a lighter complexion come in really having a more serious injury than them to be treated, but you hear they start quarrelling that, ‘Oh, because they are lighter, they get through,’ but really I have not seen it or experienced it, but I have [received] that complaint from my staff,” said Johnson.

Sociologist Dr Leith Dunn said it is an ongoing struggle to eliminate shade prejudice in Jamaica.

“I know they have to do the triage to know who is most urgent but I think some kind of intervention would be required to address that perception,” she told The Sunday Gleaner.

Dunn added that colour and class prejudice runs very deep in Jamaica and is part of the country’s legacy of colonial-era enslavement in which skin tone and notions of self-worth were inextricably tied.

“Education is only one factor, it does not mean that who they feel they are and the prejudices that they carry around are going to be different. My thing is that as a professional, you should be able to treat your patients equally,” Dunn told this newspaper.

“The Ministry of Health should do some kind of interventions. If these are the concerns that are being raised, they need to check where it is happening, do the proper investigations, and then take remedial actions,” said Dunn.

Minister of Health and Wellness Dr Christopher Tufton said that he has not received any complaints from persons who perceive that they have been victims of discrimination because of their complexion.

“I know there are challenges of discrimination and stigma around mental illness, and like HIV, but I have never heard of colour. If it exists, it is not talked about a lot, but I am unaware of it,” he told The Sunday Gleaner.

“There are cultural issues in Jamaica which we are not unaware of around race and class which is sort of a part of the whole society, as opposed to part of one particular sector, so those things may manifest themselves in different ways. I am not naïve to that,” said Tufton.

The JMDA also raised alarm about condescension experienced by other patients. Among the matters raised in the JMDA booklet were the treatment and management of patients with sickle-cell disease during pain management in the emergency room; patients with HIV during pregnancy; persons with disabilities; sex workers; and teenagers and other persons from the LGBT community.