Having a baby? You’ll pay the price for not reading this 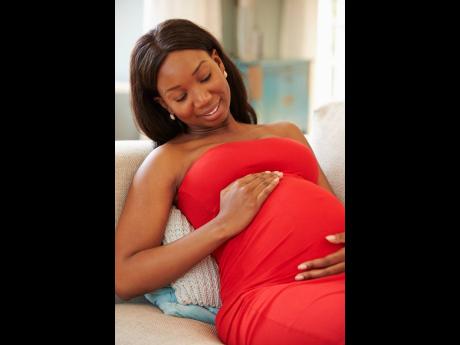 Stephanie Hall* was completely taken aback when she was asked by the male representative at her health insurance company to state the last time she saw her period when she sought to clarify her maternity benefits.

Hall said that she and her husband receive insurance coverage from Sagicor Life through their respective employers. A mid-career woman who was expecting her first child, she said she decided to have a discussion with the representative when she realised that she was being asked to pay out of pocket for her prenatal care.

“That, I thought, was intrusive,” she said, explaining her discomfort when the question was asked.

“I was outraged,” said Hall, who gave birth last year.

Several persons and groups have taken issue with a policy introduced by local insurance companies that requires women to pay out of pocket for prenatal care and claim afterwards. Among these groups is the Jamaica Network of Rural Women Producers, whose president, Tamisha Lee, requested that this policy be reconsidered. This was one of her recommendations as a member of a Civil Society Collaborative Forum looking at the promotion of patients’ rights in maternal, neonatal and infant health in Jamaica.

“The issue is that if women are paying for insurance coverage, why should pregnancy be treated differently from other health/medication condition?” she asked.

Several women advocates and at least one prominent obstetrician/gynaecologist have also joined the call for insurance companies to restructure the way in which pregnant women are treated.

The matter was first highlighted following a probe by The Sunday Gleaner in March 2018. Prior to publication, answers were sought from Sagicor Group to ascertain the reason for the policy, but these responses were promptly recalled and therefore could not be published.

Representatives from both Sagicor Life and Medecus, an insurance product promoted by Guardian Life, met with members of the Partnership for the Promotion of Patients’ Rights in Maternal, Neonatal and Infant Health (MNIH) in Jamaica project, as well as the president of the Insurance Association of Jamaica last year to discuss the issue.

“When the discussion took place, the companies – the two big companies who were involved – said that they did not get that as a challenge because they found that a lot of women want to save the insurance for the delivery,” said advocacy specialist Linette Vassell.

President of the Nurses Association of Jamaica, Carmen Johnson, recently highlighted the grouse during a meeting with editors and reporters at The Gleaner’s North Street head office. She said some had issue with their maternity coverage.

“Even when they come to the facility and you ask them for it [insurance card], they will tell you that it doesn’t make sense because when they visit their private practitioner for antenatal clinic, they were not able to use it,” she said.

The Sunday Gleaner again sought responses from Sagicor Group, as well as Guardian Life, through the president of the Insurance Association of Jamaica, Orville Johnson. Questions were also sent directly to head of group marketing at Sagicor, Alysia Moulton White, more than two weeks ago, but responses were not forthcoming up to press time.

Meanwhile, a representative from Guardian Life said they have been accepting and paying claims from providers who submit claims for antenatal maternity services since the matter was highlighted last year.

“Delivery expenses have been, in most instances, claimed by the provider, usually the hospital,” Guardian Life said.

The group said that a member may be asked to pay out of pocket if there is uncertainty regarding the maternity balance available.

The Guardian Life representative explained that providers sometimes experience challenges with collections from members after the service is rendered and the benefit has been fully utilised. At that point, the insurance company would not be in a position to honour such claims.

Guardian Life paid out more than $32 million in maternity benefits in 2018. The group said it was currently working with the vendor of its adjudication system to identify a solution to the issue of having individuals pay first and claim later.