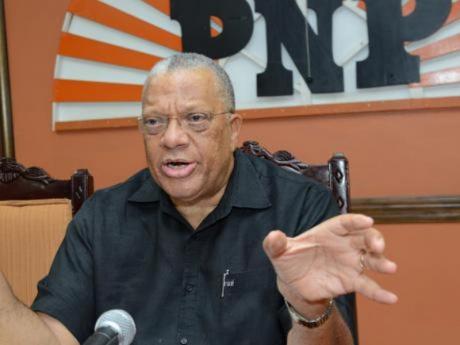 Dr Peter Phillips has chosen a team of experience and youth to execute his "One PNP - Powerful Together"campaign to stave off a challenge from Peter Bunting for the presidency of the People's National Party (PNP).

Phillips is to launch his 'One PNP - Powerful Together' campaign on June 27, with Natalie Neita as the campaign manager.

Former general secretary of the PNP, Peter Bunting, has announced his bid to challenge Phillips for the presidency at the party's annual conference in September.

Bunting has said the Opposition party would not be able to win a next general election with Phillips as leader.

Neita, in a statement  this afternoon, said: "Phillips has not only been loyal to the PNP he has given outstanding service to Jamaica, especially when the country needed a steady hand in repairing the crisis in the economy..."

She said the 'One PNP  - Powerful Together' campaign will unite the party around a set of core principles, anchored in trust, performance and renewal.