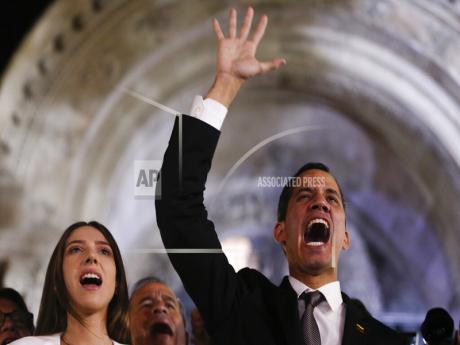 The ad-hoc board of the oil company, appointed in part to defend PDVSA’s interests abroad, reportedly sent  the request to the Jamaican government yesterday.

The board said that “it cannot maintain any arrangements” with the government of President Nicolas Maduro, a Chavez protégé whose legitimacy as Venezuela’s leader is disputed.

“We formally request the suspension of this expropriation process,” the board said in a statement.

Earlier this year, the Jamaican Senate passed legislation clearing the way for the government to retake PDVSA's 49 per cent stake in  Petrojam acquired in 2006 as part of  the late Venezuelan President Hugo Chavez’s energy diplomacy efforts in the Caribbean.

According to a Reuter’s report, neither Holness’ office nor Jamaica’s foreign ministry immediately responded to requests for comment.

Guaido, the leader of Venezuela’s opposition-controlled National Assembly, in January invoked the constitution to assume an interim presidency, arguing Maduro’s 2018 re-election was illegitimate. He has been recognised as rightful leader by dozens of countries, including the United States. Jamaica is not among the countries that have given official recognition to Guaido as rightful leader of Venezuela.

His representatives abroad have fought efforts by creditors of Venezuela’s highly-indebted government to seize foreign assets belonging to PDVSA.

But Maduro retains control of the military and most state functions, including PDVSA’s day-to-day operations within Venezuela.