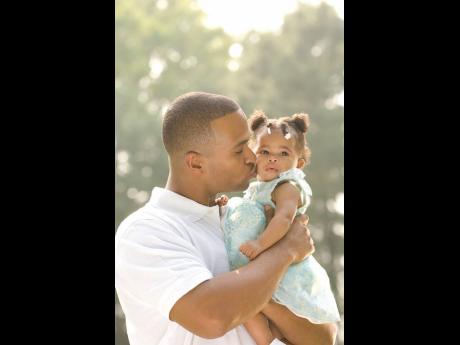 Fathers have been heavily criticised by society, however, it is time for them to be repositioned so that they can assume their role in the development of the family.

Anything God creates in perfect order there is always a fight to bring disorder and to remove it from the purpose and position God has placed it.

For years, fathers have been under great attack, especially from high places and places of influence. The time has come for fathers to be restored and repositioned in society and in the lives of their children.

There are very few political administrations, locally and globally, who have done anything significant or effective to restore fathers to their rightful position. Instead, the focus seems to be solely on women and girls. This kind of instability has caused great pain to the family. When the family is not aligned, the nation is not aligned. Everything else will be out of alignment.

There are many reports that have been done globally. Almost 75 per cent of children who are living in fatherless households will experience poverty before the age of 11, compared with only 20 per cent in households with both parents.

Children living in homes where fathers are absent are more likely to be expelled from or drop out of school, develop behavioural problems, commit suicide or fall victim to child abuse. They also make up 70 per cent of the prison population. So the question is, if the absence of fathers brings so many problems to our personal and national existence, why is there not more focus on restoring fathers, rather than focusing only on the development of women and girls? The other question is, what are we saying to our sons who are potential fathers? This is a crisis, and it is no secret that there is a well-funded, coordinated effort to destroy the patriarchal position within society.

An attack on the fathers is an attack on the heavenly Father. Furthermore, it is an attack to destroy the family. Many media houses, globally, promote the assault on fathers. In some countries, fathers are excluded from certain welfare systems and shelters when they fall on hard times.

WHY THE ATTACK ON FATHERS?

The attacks on fathers is an assault on what being a father represents: godly authority. Fathers bless, cover, protect and discipline, and when we remove the head from the body, the family dies. Our daughters are abused, raped and used as guinea pigs. Our sons’ true purposes perish, as they are brainwashed into views and activities that they were not created to embrace. An attack on the fathers is an attack on creation, and on the instructions that God gave in Genesis 1: 26 – 28.

The constant criticism of fathers is also designed to create a division to come against the unity God created between male and female. The enemy knows the power of unity and most families fall because there is no unity. A united family stops the advancement of satanic forces. So the enemy is creating division with his gender agenda.

The attack on fathers also has to do with removing/shifting birthright from the children and the generation to come, and it also has to do with creating new norms for what we ‘call’ family. Fathers carry seeds to effect the law of multiplication. The Devil cannot reproduce. Why do you think there are so many attacks on the womb, especially where women are carrying male children?

Paul outlined that there are many teachers but not many fathers. We need fathers to bring children into maturity, and for mentorship and impartation. The absence of fathers is evident in our political and social arenas, as well as in the Church.