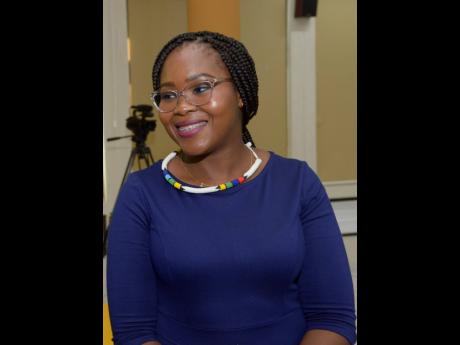 Despite Jamaica’s youth unemployment rate being at a record low in half a century, a youth advocate is calling for the Government to pay special attention to the marginalised group.

Kemesha Kelly, lecturer at The University of the West Indies, Mona, posits that while the country’s record-low unemployment rate is a significant achievement, youth unemployment levels are still far too high.

The Statistical Institute of Jamaica announced in April that after a record-low jobless rate of 8.4 per cent in July and 8.7 per cent in October 2018, the unemployment rate in January 2019 declined to a new low of 8.0 per cent.

This represents a reduction of 1.6 percentage points relative to 9.6 per cent in January 2018.

However, the youth unemployment rate in Jamaica is almost three times the current figure – approximately 21.8 per cent up to January 2019.

“For young men, the unemployment rate is 17.9 per cent, and for young women, the rate is 26.5 per cent. So, while we celebrate the overall [decline in] unemployment in Jamaica, it is also important that we pay some attention to those people 35 years and under,” said Kelly.

“We still have significant youth unemployment rates, and this is especially the case for our young women. This is something that we should all be concerned about,” she insisted.

Kelly said the country’s response to youth joblessness must be strategic and proactive, noting that it is critical that a framework be developed to drive employment and wealth creation for this specific segment of the population.

The youth advocate, who was speaking at the recent Young Workers’ Forum, held as part of the Jamaica Civil Service Association’s 100th anniversary celebrations, said that job creation was integral to the Government’s sustainable development plan, and the decent-work agenda.

The forum, sponsored by The Jamaica National Group, was held under the theme ‘Sustainable Development and Young Workers: An Examination of Decent Work’.

“Sustainable Development Goals, Vision 2030 and decent work are all elements of the Government’s plan to improve the lives of Jamaicans. However, if we are to achieve prosperity and see economic growth, then the decent-work agenda must be an important road map,” Kelly said.

She argued that despite improvements in the overall unemployment levels, there are still too many young Jamaicans who are struggling to find decent work to survive.

“Everyone must participate in the progress. Putting job creation at the heart of economic policymaking and development plans will not only generate decent work opportunities, but also more robust, inclusive and poverty-reducing growth,” she maintained. “It is a virtuous circle that is as good for the economy as it is for the people, and one which will lead to sustainable development.”