J'can diplomat to Diaspora: Voting in the UK is important 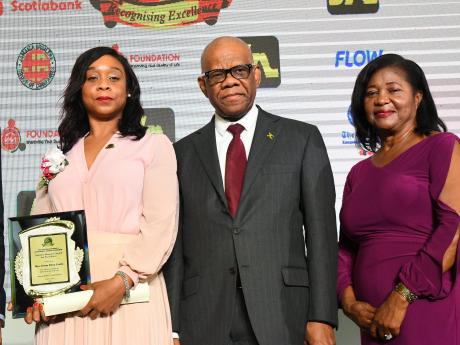 Jamaica's High Commissioner to the United Kingdom Seth Ramocan yesterday urged Jamaican nationals with citizenship in Britain to exercise their right to vote.

Speaking with The Gleaner at the 8th Biennial Jamaican Diaspora Conference, Romocan said if Jamaicans wanted the British government to listen and make decisions in their interest, then participating in the electoral process is the best way to do so.

The top Jamaican diplomat in the UK said the vast majority of the Diaspora community do not participate in the UK electoral process.

“Some people don’t see Britain as home so they have not gotten so deeply engaged in the electoral process. But for you get the authorities to have some regard for your opinions it matters whether or not you vote because that would decide whether or not they can be elected,” Romocan told The Gleaner on the fringes of the biennial conference under way the Jamaica Conference Centre, downtown Kingston.

In emphasising the importance of voting, Ramocan reminded that the Jamaican government is a foreign government and, therefore, has no authority to interfere with the British government, even if decisions made may negatively impact Jamaican nationals.

And so, he is urging those in the Diaspora who are citizens in the U.K. to vote so they can determine and have an influence on what goes on in the country.

In the meanwhile, at a recent Gleaner Editors’ Forum, Opposition Spokesperson on Foreign Affairs Lisa Hanna said she believes that the Government should also allow Jamaicans living overseas to participate in local elections.

According to her, in other jurisdiction where citizens of those countries vote in absentia, it works in societies of trust, and that is where Jamaica needs to get to at this time.

However, Ramocan said after numerous conversations with Diaspora members in the UK, most say they would rather leave it to those citizens who actually reside in the country.