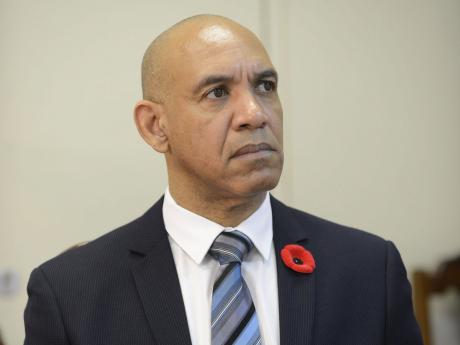 Anderson... Just two weeks ago we got couple convictions because of DNA that associated the convicts with the guns.

It's part of a move to prioritise science and technology in crime fighting.

Addressing delegates at the 2019 Diaspora Conference at the Jamaica Conference Centre in downtown Kingston, Anderson said the new branch will be an amalgamation of elements of the force that now rely heavily on the use technology.

He also said the focus on the use of science and technology in crime fighting will help to reduce the current reliance on the use of witness statements.

"Any scene you arrive on these days has some sort of device that on it is a wealth of information. Just two weeks ago we got couple convictions because of DNA that associated them (the convicts) with the guns," Anderson said.

According to  the commissioner, while witness statements are still a critical component in building cases, the use of science and technology significantly increases conviction rates in Jamaica.

He said, as a result of the changes in the way crimes are being investigated, of 146 criminal cases tried in Kingston during the first five months of the year, 110 resulted in convictions.

Anderson said 50 per cent of the convicts, had pleaded guilty given the strength of the cases against them.