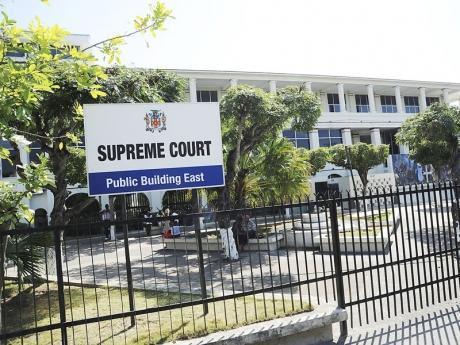 In January, she filed a claim in the Supreme Court against chairman Sheldon Gordon and general secretary Patrae Rowe as well as the Jamaica Police Federation.

However, today, the Supreme Court struck down McBean's claim against Gordon and Rowe saying there was no reasonable case and ruled that McBean should pay their legal costs.

It also struck out the claim against the Police Federation for "lack of legal capacity".

Six months ago, McBean was ousted as federation chairman following a no-confidence vote by the other executives.

They alleged that McBean had been circumventing rules and procedures governing the organisation.

However, she argued that she was the duly elected chair of the federation and was entitled by law to serve as head of the union for one year.

McBean also said the decision to install Gordon as chairman and Rowe as general secretary was null and void.

She contended that Section 71(1) of the Constabulary Force Act, which speaks to disciplinary action against members of the federation, was not applicable to her.

In a statement to members today, Rowe said the federation was pleased that this matter has come to an end even though McBean's attorney Hugh Wildman has requested permission to appeal.

"We are anxious to move on with your business. Thanks for your patience and support over this difficult period and we urge your continued support,” Rowe said.