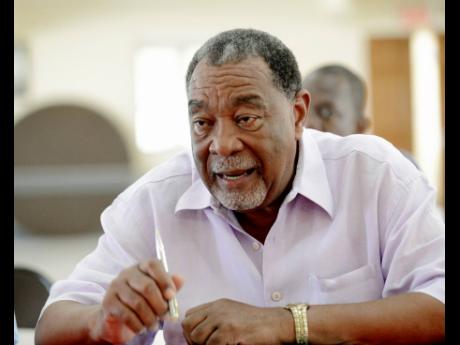 Savanna-la-Mar Mayor Bertel Moore says the inactivity of the National Contracts Commission (NCC) and a typographical error in a letter from the Ministry of Local Government and Community Development detailing the value of the contract are responsible for delays in completing construction work on the new Westmoreland Municipal Corporation (WMC) building.

Last September, Local Government Minister Desmond McKenzie told The Gleaner that the Government had terminated the $78.4-million contract that it had signed with N.R. Diaram Construction in 2015 because of several missed deadlines.

McKenzie said the Government would not be spending any additional funds on the project because it questioned N.R. Diaram Construction’s capacity to handle it.

In seeking to shed light on the matter at last week’s WMC meeting, Moore said that in March, the local government ministry informed the NCC via a letter that the contract with N.R. Diaram Construction had been terminated and that the corporation would like to complete the building through force account.

“To date, they (the Ministry of Local Government) have not heard anything from the NCC concerning the building, but I tell you this, the first obstacle that was in the letter to the NCC, signed by the permanent secretary, which had a typographical grammatical error, has left me to wonder what is happening,” said Moore.

“The contract for the building that was given to N.R. Diaram Construction Company was $78.4 million, but the Ministry of Local Government wrote a letter to the National Contracts Commission, [and] in words, it says $78.4 million was the value of the contract, yet in figures, they have $7.4 million,” added Moore.

Moore said he found it difficult to accept that the ministry would have signed off on a document with such a major error.

“You want to tell me that the permanent secretary in the ministry signed off on it and no one was there to see such a big mistake?” asked Moore. “It was when it reached me that I discovered the mistake and called them to let them know that there was a huge mistake in the whole thing. So that’s where it (further delays) started, and until today, we don’t know what is happening.”

Moore said the WMC wants to get on with completing the building and is now awaiting the go-ahead from the NCC.

“It’s a shame to see the building sitting there like that, and one agency holding up the building,” said Moore. “Some people around here feel that it is politics, but I can let them know that while the People’s National Party was in charge of central government, we demonstrated and boycotted council meetings because we want a building, and now, we cannot go any further without our building.”