St Hilda's principal hospitalised after being chopped by intruder 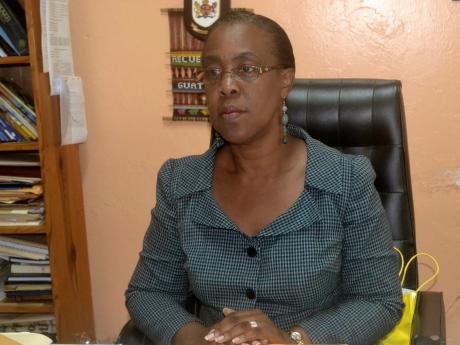 The principal of St Hilda’s Diocesan High School in Brown’s Town, St Ann, Heather Reid-Johnson is now being treated in hospital after being injured by an intruder on the school compound last night.

Reid-Johnson was chopped on the hand.

Up to a short while ago, staff members and other well-wishers were at the hospital supporting Reid Johnson.

The police have also interviewed her.

The principal had reportedly just left her office and was heading to her apartment when she was attacked by a man wearing a mask.

He is reported to have breached the security system on the compound of the all-girls, boarding institution.

The man demanded her bag and although she is said to have complied, she was chopped on the hand by the robber, who later escaped.

The incident happened around 7 p.m.

Students are reportedly shaken by the incident, which coincides with their examinations.