19-round gun salute for Seaga tomorrow 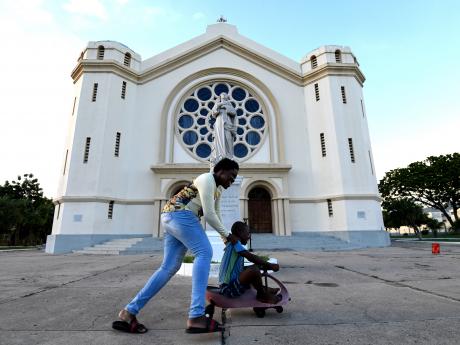 Ricardo Makyn
Cathedral of the Most Holy Trinity on North Street, downtown Kingston where the funeral for former Prime Minister Edward Seaga will be held.

The Jamaica Defence Force (JDF) will fire a 19-round gun salute tomorrow, the day of the State funeral for the late former Prime Minister Edward Seaga.

The salute is in keeping with the high national office that Seaga held. He was Jamaica’s fifth prime minister, serving from 1980 to 1989.

The first gun salute will be fired when the funeral procession leaves the Cathedral of the Most Holy Trinity for National Heroes’ Park, where interment will take place. The funeral is scheduled to start at noon at the cathedral.

Thereafter, 18 other rounds will be fired at equal intervals, with the last one occurring at the time the gun carriage with the coffin arrives at the Cenotaph at National Heroes’ Park.  The bearer party will then take the coffin from the gun carriage and march to the graveside.

During the gun salute for the former prime minister, all persons should behave appropriately and respectfully in both sound and movement.

Gun salutes are customarily observed at State or Official funerals and for certain State visits.