Coping with mental illness in the family 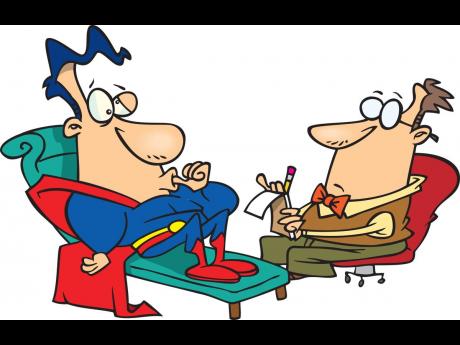 When my grip is lost

I still feed my insecurity when I know the cost

Is it taking over?

Will it bury me?

Or will clarity become the cure for my disease?”

He looks sane, he acts sane, but suddenly, one day, he goes berserk, doing unspeakable things that rip the family apart. They struggle to make sense of all that has happened, their emotions ranging from anger, to guilt, to bewilderment.

Mental illness is not easy to deal with, especially when it seems to ‘come on suddenly’. The ripple effect on families can be devastating as it creates tension and doubt. Most of all, the person may never be viewed in the same light ever again.

For insight on how to deal with the situation like this, Family and Religion reached out to psychotherapist Vassell O’Gilvie.

O’Gilvie, in responding to the question of whether Jamaicans are sensitised enough to deal with mental illness, said many factors contribute to how it is viewed. He said, a lot more work needs to be done in sensitising Jamaicans about the illness.

“We do not respond quickly to mental breakdown because there is stigma attached to mental illness. We make excuses for the man or woman who abuses his family. We blame his or her behaviour on the victim or the system,” said O’Gilvie, adding that what should be done instead is intervention by confronting the individual about their “anger” and getting help for them.

“Help can come through professional means – seeing a therapist, speaking to a clergy – a friend, or another family member, etc. The key is to express your feelings in a controlled manner that can avoid further disaster,” he noted.

O’Gilvie stressed the importance of taking that kind of approach seriously as, he said, a lot of people do not have good coping skills and their behaviour is connected to how they are feeling. For him, people who feel good about themselves are less likely to engage in aggression or violence.

O’Gilvie said it is unfortunate that many families remain potential victims to that kind of explosive situation. The good news, he said, is that the situation can be avoided by persons being more sensitive to the needs of family members.

“It is important that we think about people as we think about ourself. People are hurting in many ways. Many persons are going through depression, stressful situations, and they lack good coping skills. So it is important that we pay attention to the signs. Some of the signs are irritability, lack of patience, low self-esteem, anxiety about the present and future, lack of compassion, neglecting of health, financial instability, and emotional trauma,” he said.

O’Gilvie shared that it is important to stop minimising destructive behaviour and instead support behaviours that are positive and enriching.

He said that there can never be too much love and understanding given to those who need it most. Learning institutions, he pointed out, should also play their part by helping to educate youngsters about mental health issues and encouraging them to express their feeling in a controlled manner.

“Take the stigma out of seeking help and see it as something positive and uplifting. This must start very early – from primary school. I am hopeful that we will overcome and build a strong Jamaican society with men and women who respect and love one another. I hope for the day when men will take care of their women and children by loving them and shielding them from hurt and pain. Make domestic violence a thing of the past,” O’Gilvie said.