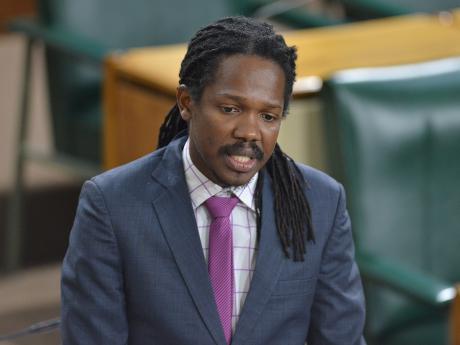 Opposition spokesman on Youth Damion Crawford is renewing his call for swift government intervention to reverse the unfortunate trend of assaults on the nation's children.

Referencing a story carried yesterday by The Gleaner: 'Child abuse alarm -11 year old Manchester girl lasted victim of sex', Crawford said it "confirms the unfortunate reality that there is an increase in violence against children in Jamaica".

"This is captured strongly in the statistics that approximately 15,000 cases of abuse against children occurred in 2018 alone, which regretfully reveals that approximately 1000 children per month are reporting incidences of sexual abuse, some of these abuses have expanded to general violence and even murder of our children," the Opposition spokesman continued.

He also reiterated his call for the government to appoint a dedicated government minister for the youth portfolio.

Crawford has suggested the following measures to assist with addressing the issues affecting children:

*Encourage greater collaboration between the Ministry of National Security and the Ministry of Education, Youth and Information on a programme of deployment of both ministries’ human resources and budget to establish a central registry of abuse cases being reported across the island.

*Establish a public Sexual Offender’s Registry. While the research is not in agreement on whether such a registry reduces the likelihood of re offending, the literature is clear that information to communities have helped to prevent offences by preparing communities with the relevant information.

*Remove the shift system. The shift system at both the primary and secondary levels ought to be removed. The reality of the shift system has left our children exposed to being alone frequently for extended periods of time. In the case of the morning shift, the child is left with no adult supervision or protection from 12 noon until parent arrives; and in the case of the evening shift, the child is left without supervision and/or adult protection from 7a.m. to 12 noon.

*Increase the number of guidance counsellors in our schools. The recommended ratio is 1 to 250, while in Jamaica the ratio presently stands at 1 to 1000 students in the secondary system. What is worse, in the main primary schools are not provided with a guidance counsellor in their staff complement.