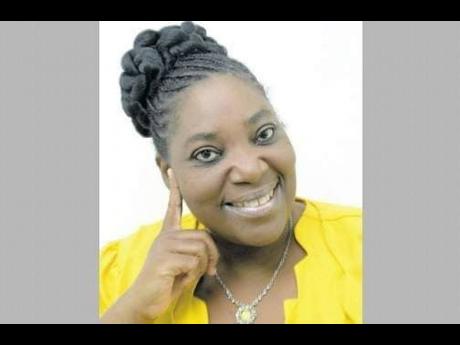 Pilmar Powell is no ordinary policewoman. While she dutifully carries out her mandate to ‘protect and reassure’, she is driven by a far greater passion, and that is her faith in God and the desire to make a difference – not just as a cop, but as a missionary for Christ.

In 2010, Powell enrolled in a pastoral studies programme after receiving a life-changing phone call.

The call came from a woman she described as her spiritual mentor, Dr Angella Worges of the Church of God of Prophecy in Glengoffe, St Catherine, who introduced her to the Social and Professional Transformation Programme being offered at the Jamaica Theological Seminary.

Powell said she remembered Worges telling her to take the course as it would help her on her job.

Fast-track to 2019, and Powell is glad she followed Worges’ advice as was “right on target”.

In October 2018, Powell was reassigned to the State of Public Emergency Detention Centre in Denham Town-Kingston, with one of her responsibilities being to supervise the area for processing and pre-screening.

“During these processes, there would be cordial interactions between the police and the citizens. Resulting from these conversations, I began to identify several needs that were lacking, which were sociological (unemployment, lack of skills, etc) and psychological (grief, fear, frustration, etc),” Powell shared of her experiences.

She said that with inspiration from God, she approached her seniors regarding the trends she observed and the needs identified seeking permission to commence a social-intervention programme, which they agreed to. The programme entailed juveniles being referred, along with their parents, to the Child Protection and Family Service Agency.

“It was disconcerting to see young boys and girls who should be in school at that hour of the day being brought to the centre,” she said, sharing that she then contacted Colonel Martin Rickman, a lecturer she had met while completing her postgraduate diploma in strategic counterterrorism management. Recalling the HOPE (Housing, Opportunity, Production Education) programme he had introduced to them, Powell discussed replicating it at the centre.

“We labelled the social intervention from the detention centre as ‘Youth Transformation Initiative’.

“To say that the programme was a success is an understatement as the lives of several youths have been transformed, with some going on to great achievements,” Powell said.

She added that with the impact the programme is having, her goal is to see it copied across Jamaica.

While the work is hard and sometimes tiresome, Powell said that it will always be rewarding when persons are happy upon attaining a sense of accomplishment.

She said that everything she does is powered by her faith in God and that although there are days when “weariness and worry encroach like a leper”, she remains focused on God as life has dealt her hard and soft knocks, but through it all, she has allowed God to lead.

Powell, who is a mother of two, said balancing family, school and her job is not anything new, but for her, it is survival.

“Nonetheless, family time is family time,” said the woman who is now pursuing a master’s degree in forensic psychology at the Jamaica Theological Seminary.

Powell is grateful, too, for the support system she has around her. The ‘baby’ of the seven children for her parents, she said her elder brothers and sisters, along with aunts and uncles, have been cornerstones in her life.

She also gives credit to her alumni family from Meadowbrook High School and the Church of God of Prophecy family, to which she belongs.