Canadians team up for storm aid 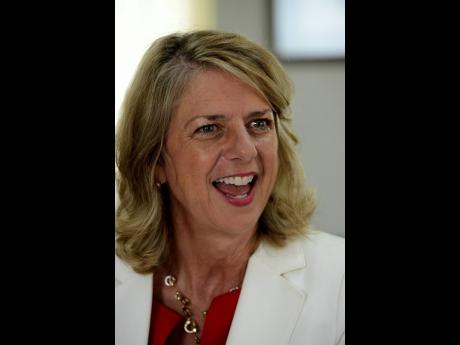 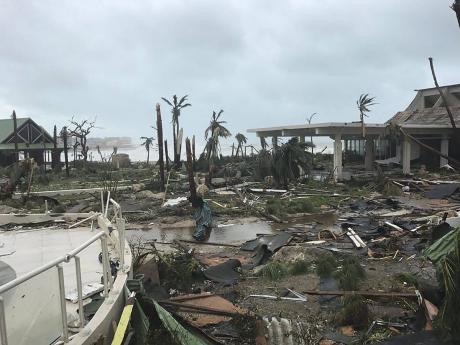 AP
This September 6, 2017, photo shows storm damage in the aftermath of Hurricane Irma in St Martin. High Commissioner Laurie Peters, who came to Jamaica in-between hurricanes Irma and Maria, has committed Canada to asssisting with hurricane resilience and assistance.
1
2

With the Atlantic hurricane season now in full swing, Canadian high commissioner to Jamaica, Laurie Peters, assures that her country is fully prepared to offer assistance to Jamaica and its neighbours in the event of a natural disaster.

A Canadian Operational Support Hub was activated in Jamaica to support Latin America and the Caribbean since 2016, and Peters said the facility is fully functional. The hub is set up at the Norman Manley International Airport in Kingston.

“We bring in everything that you need that is sort of like a camp in a suitcase, if you will, so that within hours, two days’ notice, I think it is, we can be here and we can set up a base that would be able to sleep and feed and provide medical assistance to approximately 150 to 200 [persons],” she disclosed during a Gleaner Editors’ Forum at the newspaper’s central Kingston offices on Thursday.

The hub is expected to serve as a base for other countries in Latin America and the Caribbean. Testing was recently conducted at the facility to ensure that personnel can respond to any threat during the hurricane season, which runs from June 1 to November.

“So we stood it up, we invited out partners in to have a look at it, including the JDF (Jamaica Defence Force), some JDF recruits actually stayed overnight so that they could see how it functions and know what the capacity and capabilities are, and so we are at the ready,” she said.

Peters came to Jamaica to assume her responsibilities as the high commissioner in September 2017 in-between hurricanes Irma and Maria, which left a trail of destruction as they powered through the Caribbean.

“We responded immediately with $2 million in assistance to respond to the devastation of the hurricanes, and you may recall that [while] Jamaica was largely spared from the impact, the neighbouring islands suffered incredibly.”

More than CDN$340,000 was disbursed in the region last year under Canada’s emergency response programme funding. This fund was distributed through the Canada Caribbean Disaster Risk Management Fund, the Community Disaster Risk Reduction Fund, and the Health Sector Resilience to Disasters.

Peters said Canada continues to work closely with traditional partners, the United States and the United Kingdom, to offer disaster relief to the wider Caribbean.

“Last year caused us to look very carefully at what we could do and what we are doing as well. The military is typically very well coordinated. It is the civilian side that we need to catch up sometimes to make sure that we are connecting all the dots,” she said.

The National Oceanic and Atmospheric Administration in the United States has predicted nine to 15 named storms this Atlantic hurricane season. Four to eight of them are projected to become hurricanes and two to four of those are expected to become major hurricanes.