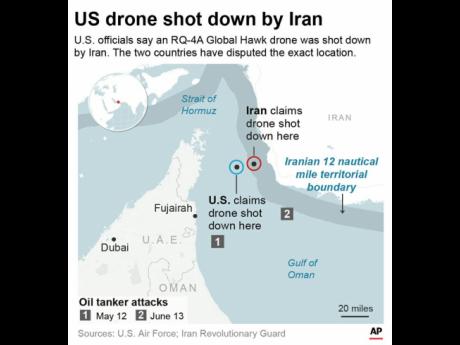 The United States (US) has reportedly launched a cyber-attack on weapons systems in Iran.

Further, the US has imposed what President Donald Trump describes as “major” sanctions against the Iranian regime.

According to media reports in the US, the cyber-attack disabled computer systems controlling rocket and missile launchers.

However, there has been no independent confirmation of damage to Iranian systems.

US President Donald Trump has not commented publicly on the attack, which was reportedly launched on Thursday.

Both measures are widely seen as retaliation for the shooting down of an unmanned US military drone by Iran’s Islamic Revolutionary Guard Corps (IRGC) last Thursday as well as a recent spate of attacks on oil tankers in the Gulf of Oman, which the US has blamed on Iran.

The Iranian military has insisted that the drone was shot down because it violated Iran’s airspace, but denied any involvement in the oil tanker attacks.

The US Government says the drone was not in Iran airspace.

Trump says the sanctions were needed to prevent Iran from obtaining nuclear weapons and made it clear that economic pressure would be maintained unless Tehran changed course.

Details of the new sanctions are expected to be announced on Monday.