Bunting, Phillips to face off in PNP presidential election September 7 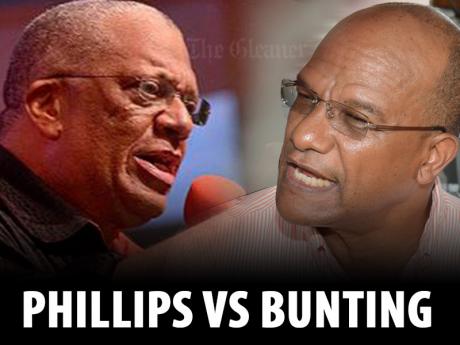 The highly anticipated contest for the post of president of the People's National Party (PNP) seems set for its annual conference in September.

The party's executive committee has proposed September 7 as the date for the election of president and vice presidents.

The date must now be ratified by the National Executive Council, the PNP's highest decision making body outside of its annual conference.

In a statement Monday evening, the PNP said nomination opens on Monday, July 22 and closes at midday on Friday, July 26.

Bunting had been insisting that he would not contest the presidential election at a special delegates' conference.

In the meantime, the PNP's executive committee has proposed that the private session of the annual conference be held on Saturday, September 21 and the public session on Sunday, September 22.