More than 200 Jamaicans killed so far in road crashes 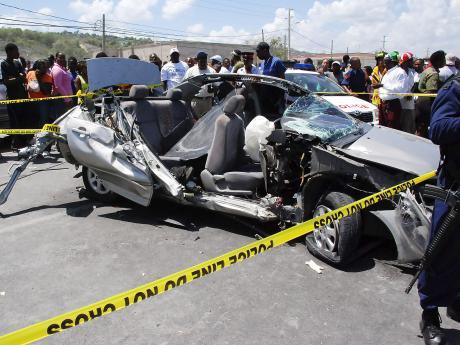 The Road Safety Unit in the Ministry of Transport is reporting that road fatalities have passed the 200-mark.

Statistics from the Unit reveal that as of June 24, two hundred and sixteen persons have been killed from a total of 198 fatal crashes.

It notes that vulnerable groups account for the majority of the deaths.

Of those killed, 50 were pedestrians, 14 pedal cyclists, and 69 were motorcyclists.

The unit is appealing to road users to wear their seatbelts, helmets, and other protective devices to save lives as well as to pay close attention to road signs and markings.

Pedestrians and pedal cyclists are also advised to wear bright coloured clothing at nights and use reflective gears to ensure they can be seen at all times.

Pedal cyclists should also wear clothing that will make them more visible to other road users, especially in the nights.