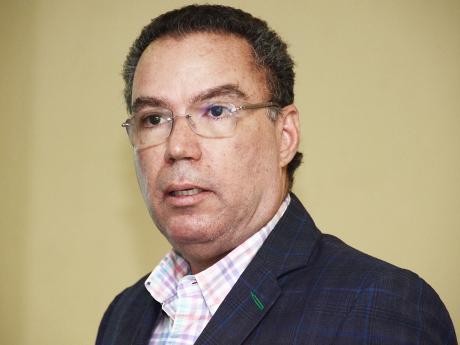 Minister without Portfolio in the Ministry of Economic Growth and Job Creation, Daryl Vaz - File photo

The monitoring capabilities of the Meteorological Service of Jamaica will be vastly improved by the supply of a new S-Band Doppler Weather Radar.

Minister without Portfolio in the Ministry of Economic Growth and Job Creation, Daryl Vaz, says it was critically important to replace the 20-year-old almost obsolete system that once stood as the first Doppler radar to be installed in the English-speaking Caribbean, citing the increasing failure of the aged-system.

The new system, he said, signals a resolve to meet the global challenges of weather and climate that face this and future generations head on.

Vaz was speaking at the contract signing for the design, supply and installation of the US$2,449,203 S-band Doppler Weather Radar to be situated at Cooper’s Hill in St Andrew.

The signing of the contract took place today at the Terra Nova Hotel and Suites in St Andrew.

Vaz said that the installation of the weather radar will greatly enhance the country’s ability to achieve its Vision 2030 milestones, based on its capacity to pinpoint the location and movement of rainfall cells anywhere over the country and as far away as the Cayman Islands, south-eastern Cuba and Western Haiti.

“Jamaica will also be able to better serve the Caribbean Community as we integrate our observations into the mosaic of stations under operation in the region, and also contribute to the surveillance of the National Hurricane Center in Miami, Florida, under their Tropical Cyclone Programme,” he noted.

Vaz noted that it is particularly encouraging that Enterprise Electronics Corporation, which is charged with delivering and installing the radar system, has made a commitment to provide critical after-sales service by facilitating capacity building for a team of engineers and operators of the equipment.

“It is also my understanding that the contract includes a lifetime guarantee of maintenance support and availability of spare parts, which we consider critical for the system’s sustainable operations,” he added, while generously thanking them.

He also commended the World Bank for their invaluable support in accessing the Climate Investment Funds.