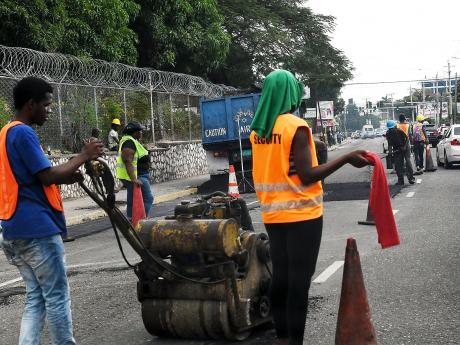 The community of Mount Salem in St James is receiving a major boost to its road infrastructure through an approximately $19 million dollar road improvement contract which is being implemented by the National Works Agency (NWA).

The programme forms part of ongoing efforts to upgrade communities under the Zones of Special Operations initiative.

Under the latest phase of the programme, a section of the Mount Salem main road will be resurfaced, while sections of Piggott Street and Crawford Street will be patched.

Additionally, the drainage systems along Piggott Street will also be improved.

Ricketts says that the resurfacing works along the Mount Salem main road is now complete while work continues on Piggott Street and Crawford Street.

She says the projects will augment earlier efforts to repair several roadways in Mount Salem.

Peddler’s Lane and Crawford Street are among those roadways that have already benefitted under the programme.