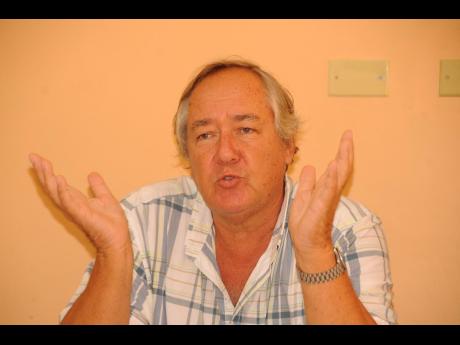 The acrimonious relationship between Trelawny Custos Paul Muschett and Falmouth Mayor Collen Gager was on full display at the Jamaica Gasolene Retailers Association’s inaugural quiz competition final in Trelawny as the mayor flatly refused to shake the custos’ extended hand or even acknowledge him.

During the event, Muschett left his seat and walked over to the mayor, extending his hand. However, instead of standing and acknowledging the custos, Gager remained seated and refused the handshake.

The custos then tried to engage the mayor in a conversation, but Gager rebuffed him, making it quite clear that he did not wish to speak with Muschett.

“I don’t want to see you, neither am I bowing to you,” Gager said firmly, forcing Muschett to beat a retreat as members of the audience, including schoolchildren, looked on.

St Ann’s Bay Mayor Michael Belnavis, the keynote speaker at the event, skilfully took control of the situation by sitting between the two men, creating what he later described as an “impenetrable wall”.

Following the event, the custos expressed disappointment with the mayor’s conduct, saying it was unbecoming of a public official.

“It is the fourth time at a public function that he has failed to acknowledge me,” said Muschett, who was clearly rattled by the situation. “I told him he must stop behaving like a rude child.”

However, the unapologetic Gager, who recently went public saying the custos was not treating him with respect, told The Gleaner that Muschett was to blame for the bad blood.

“The custos seems to be carrying a personal vendetta over a decision I made in my capacity as mayor. I have no intentions of compromising my position. I am sure that on my arrival, I said, ‘Good morning’’,” said Gager.

The soured relationship between two of the parish’s most prominent leaders has stemmed from disagreements over how the historic town of Falmouth should be developed.

“The municipality is pulling one way while central government is pulling another direction. A decision must be made on whether Falmouth is a merchant town or a heritage town,” Muschett told The Gleaner in a recent interview.