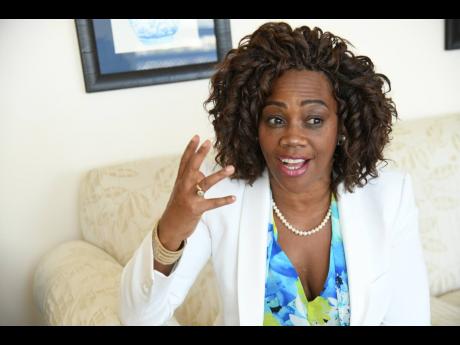 Costa Rica First Vice-President Epsy Campbell Barr, who last week made her first official trip to Jamaica, has committed to working with the Government here to deepen relations between the two countries.

Campbell Barr, in a one-on-one interview with The Gleaner at The Jamaica Pegasus hotel in New Kingston last week Monday, said her country has been seized of importance of strengthening the ties with its Caribbean neighbours.

She said, however, that she has been given an extra push by Prime Minister Andrew Holness’ gesture of being the first to congratulate her on becoming the first female vice-president of Costa Rica.

“When I was elected, the first congratulations I received was from Jamaica and that means a lot. Not only for me but for my father, my family and also the [people] of Jamaican descent. Most of the people in my political party said ‘What that means? Congratulations from Jamaica?’,” she said.

Campbell Barr was in Jamaica for the biennial Diaspora Conference which was taking place in downtown Kingston last week.

“We have a lot of things that we are planning to do together. We want to make a strong agenda in terms of commerce, culture and international issues that we want to lead.”

Among those are improvements in economic trade and cultural exchange.

She was especially interested in developing economic and social resilience for the people of afro descent who live within the region.

“We have to fight for the people to make [things] better. The region has probably the most Afro descendants and over the years they have not achieved their full potential. So, we have to make it better. We have to find a way to make their lives better and to make the people understand that they were not born to just become poor,” Campbell Barr told The Gleaner.

“We are talking about education and all those things, proper housing and jobs for the people of Afro descent … I am very passionate about it,” she added.

The Costa Rican vice-president would not pledge for her government to take the lead on that issue but stated that it would require government intervention, though such an initiative would be driven largely by the private sector.

Campbell Barr disclosed that her government was now trying to convince the Government of Jamaica to set up a mission in Costa Rica, as that country has done in Jamaica.