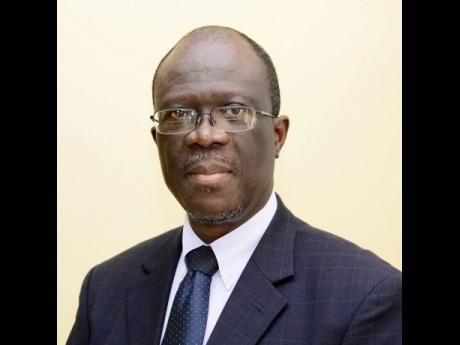 “It does not take a great mind to be a Christian, but it takes all the mind a man has,” wrote Richard C. Raines. Remembering Martin Henry since his passing on May 28 evokes a mixture of deep emotions, but for those who knew him best, there is sweet comfort in knowing that indeed he was a Christian, with a great mind, and a committed Seventh-day Adventist leader.

Four years ago, while speaking at a men’s convention, Martin professed, “To be a Seventh-day Adventist means something different and special. We are committing ourselves to the scriptures as articulated in the doctrines of the Seventh-day Adventist Church. We are committing ourselves to the principles, articulated in our baptismal vows … . We are a peculiar people and one of our sacred responsibilities is to understand what this difference means.”

His formative years at home and at the Somerset Seventh-day Adventist Church in St Thomas were the reasons for Martin’s sturdy foundation, which took him on a remarkable journey for 61 years.

“Martin’s influence was wide, and despite his great knowledge and expertise in his field, he was humble and respectful to everyone,” reflected Pastor Eric Nathan, the president of East Jamaica Conference. “Even if he differs from you, he speaks to you in such a calm and humble way that respect is not lost.”

Martin preached, taught, mentored, chaired meetings, helped build churches, and did his farming. He shared in the joys and sorrows of ministry. While he did so, excellence was his mantra and he lived by the simple principles – always on time, on target, and well prepared.

It was only natural that Martin was ordained as an elder in the mid-1980s at Meadowvale Adventist Church. His penchant for good governance increased his sphere of influence beyond the walls of the church and his local community.

In the early 1990s, a move with his family took him to worship at Everton Park Adventist Church in Above Rocks, St Andrew. Then in quick succession, another move to Guava Gap Adventist Church. They needed a first elder and he answered the call. There he gave more than 25 extraordinary years in service. To that community, he was their friend, who was known as an evangelist. Some called him ‘Pastor’.

A MAN OF DIGNITY

“Martin was an example of a man of human dignity whose moral compass was the Holy Bible, which dictated and guided his lifestyle, as well as the principles which characterised his very being. We remember him well for his meekness, humility, calm and quiet demeanour. His life bore the testimony of a genuine, courteous, loving, caring, graceful brother,” said his friend, Dr Vermilline Gardner, from Meadowvale Adventist Church.

Martin’s professional life never interfered with his church life, as he served faithfully on the following committees and boards of EJC.

• The Kingsway High School Board of Management, September 1995 to August 1997.

Pastor Meric Walker, executive secretary of the Jamaica Union Conference and chairman of the NCU media board, to which Martin was also member, confessed that he was no ordinary person.

“He has made his contribution in crafting and articulating changes that were necessary. He was a spiritual giant, a scholar, a sample of humility as we would have seen in Christ. We are really saddened, and we articulate from our hearts the condolences of the Jamaica Union. We pray for his family, we pray for his church, the institution for which he worked, and the loss to the media fraternity. May we be strengthened and find hope in Jesus Christ,” said Walker.

Dyhann Buddoo-Fletcher is administrative assistant to the president of the East Jamaica Conference of Seventh-day Adventists. Email feedback to columns@gleanerjm.com and dyhannsimone@gmail.com.