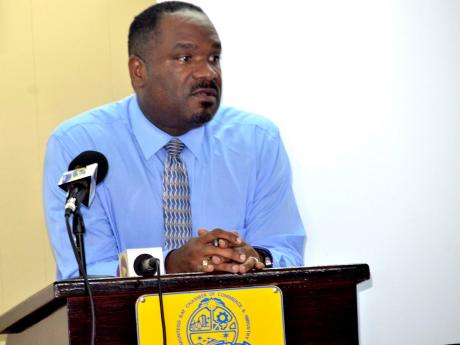 The Montego Bay Chamber of Commerce and Industry (MBCCI) is holding an emergency board meeting to select a replacement for incumbent president Winston Lawson who is expected to tender his resignation today.

Lawson, who was re-elected unopposed for a second term in April, will spend his last day as the assistant general manager at the National Commercial Bank on Friday, June 28.

He told The Gleaner that while he can remain in the position as an individual member, stepping down is his “most likely” option.

"I will be going back to Kingston, so the responsible thing to do is step down as president," he said.

"It takes a process and that begins today at our meeting at 4:00 p.m."

During Lawson’s first term, the chamber was very vocal on the issue of crime and was a staunch advocate for the state of public emergency.

The second term started off with the roll out of a new initiative that saw small delegations of the new board visiting business establishments to engage operators and members of the public.