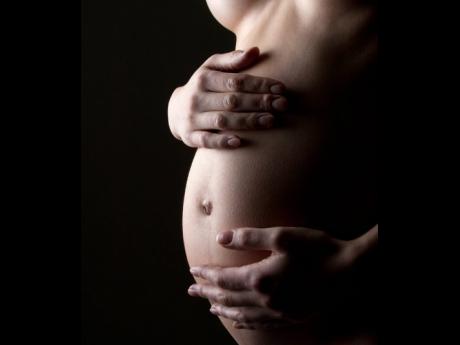 The Sunday Gleaner had first raised concerns in March 2018 about the policy that requires pregnant women to pay upfront for medical services such as doctor’s visits, ultrasounds, and lab tests and then claim afterwards.

The matter was again brought to the forefront recently when president of the Nurses Association of Jamaica (NAJ), Carmen Johnson, said women had been complaining that their health cards were not very useful during pregnancy.

In a subsequent press release, Sagicor Life announced that it would soon be launching its new framework for accessing maternity benefits, which would allow pregnant women to swipe their health cards for doctor’s visits and related antenatal-care services.

“The company is currently in the process of testing the system changes necessary for implementation on a phased basis, starting next month. Full roll-out is scheduled to be completed by August 2019,” the group said.

Carol Lawrence, vice-president for group insurance services at Sagicor’s Employee Benefits Division, said the move is expected to improve the convenience and accessibility to maternity benefits for pregnant women.

“There was a challenge for doctors and other health-service providers to identify when benefits allowed for antenatal care had been maximised. As such, pregnant women were asked to submit a claim for reimbursement,” she explained.

“We believe that with the technology now available to us, it’s time to make changes to that process so that women can access their benefits more easily if they choose to do so,” she said.

The maternity benefit is provided through an employer’s health plan and is a fixed amount, which covers all pregnancy-related expenses for prenatal, delivery and postnatal care. This includes delivery of the baby, diagnostic services such as ultrasounds, doctor’s visits, obstetrician’s services, and hospital expenses.

A representative from Guardian Life said the company had been accepting and paying claims from providers who submit claims for antenatal maternity services since the matter was highlighted last year.

About a quarter of Jamaica’s population and a third of the workforce has health insurance. In 2017, health insurers paid out $154.7 million for maternity benefits, and between 2014 and 2016, one per cent of overall benefits was paid out for maternal care.

Reacting to the news, advocacy specialist in the EU-sponsored Maternal Neonatal and Infant Health (MNIH) Project, Linnette Vassell said it was a step in the right direction as insurers had previously addressed complaints about non-payment of prenatal care benefits with urgency.

“The companies said then that this was not a burning issue,” Vassell told The Gleaner yesterday.

“Today we are pleased and commend the decision by the health insurance companies to address this issue in a positive way, and we urge them to follow-up on the other commitments made,” she added.

Among these commitments she said was to give clients more information on health insurance, including maternity benefits, and to increase awareness on rights and responsibilities in health care.

“The change we see is positive company response to persistent customer awareness and action, and this is a good example of what the MNIH project wants to see in terms of our knowing and claiming our human rights in health,” Vassell said.