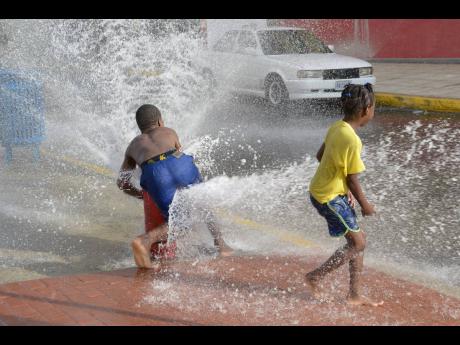 Ian Allen
Jamaicans have been encouraged to stay cool as temperatures soar this summer. 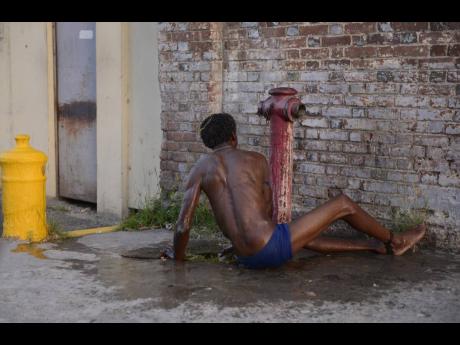 Gladstone Taylor
Heatstroke is among the heat-related illnesses Jamaicans need to guard against as temperatures rise.
1
2

WITH TEMPERATURES already soaring to as much as three degrees above the fourth-hottest year on record for the island, Jamaicans are being encouraged to take precautions against the heat – and not merely for their comfort, but also for their good health.

“Heat-related illnesses include heat exhaustion, heat rash, heat (muscle) cramps, and the most severe illness, heatstroke. Heat stroke may be fatal,” warned Dr Nicole Dawkins-Wright, director of emergency, disaster management and special services at the Ministry of Health and Wellness, in a recent release to the media.

Among the signs associated with a heatstroke are very high body temperature (above 103 degrees Fahrenheit), hot and dry skin, a throbbing headache and dizziness. The ministry also includes altered mental state or behaviour, nausea, vomiting, flushed skin, rapid breathing, and a racing heart rate among the signs of a heatstroke to look out for.

Jamaicans can also help to stave off heat stress by staying hydrated with cool water, limiting or avoiding sugar-sweetened beverages and alcoholic drink, and limiting outdoor activities to mornings and evenings.

Climate services specialist at the Meteorological Service, Glenroy Brown, also recommends that people “avoid direct contact with the sun between 11 a.m. and 3 pm” and “wear loose clothing and anything that will keep them cool, including wearing a hat outdoors”.

He noted that the precautions were especially important given that temperatures are expected to continue to rise, even as the island suffers from rainfall shortages.

“It appears to us at the Met Service that we may have a later start to the primary rainfall season – September to November – which generally peaks in October. That rain might start in November this year,” he said.

Among the areas hard hit by the drought, he revealed, are sections of St Mary, Portland, St Ann, Kingston, St Thomas, St Catherine and Manchester, together with sections of southern St Elizabeth.

Jamaica, meanwhile, is not alone in the sweltering heat. France, for example, went as far as to issue what it calls an orange alert on Monday, given predictions for very high temperatures across continental Europe. At the same time, charity organisations patrolled the streets to issue water to the homeless, while exams were suspended in that country.

Brown encourages Jamaicans to look out for each other at this time.