Earth Today | ‘National heat plan a must for Jamaica’ 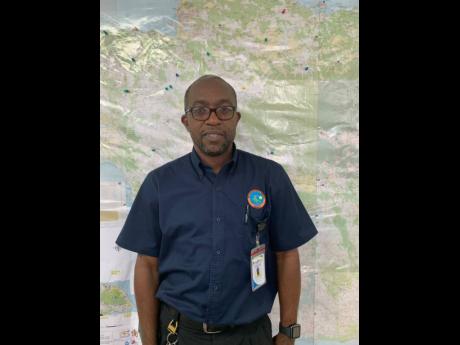 SCORCHING temperatures are a reality this summer, Jamaica is in need of a heat plan, one that outlines a clear response to the sweltering heat and with special consideration for the most vulnerable in the population.

So says acclaimed climate scientist, Professor Michael Taylor, dean of the Faculty of Science and Technology at The University of the West Indies, Mona.

“We do need a heat policy and plan in the country. We have easily seen how it (heat) disrupts lives and the quality of life. It is not just feeling uncomfortable. The most vulnerable are affected – the elderly and the very young – and anybody who has to work outside. And, currently, we leave it up to people to say, ‘Well, we can’t spend this amount of hours outside’,” he told The Gleaner.

“We are still in school right now, and they (children) have physical education and so on. So when it gets too hot, who ensures that you have the cooling stations? What about the homeless? What about cooling shelters? All of these things should be covered under some kind of policy or plan that says, when certain thresholds are reached, this is what we must do. We need something for heat in the same way that we have for other emergencies,” added Taylor, who also has responsibility for the Climate Studies Group Mona.

His perspective is shared by the climate services specialist with the Meteorological Service of Jamaica, Glenroy Brown.

“We have an emergency response if we have a hurricane, but there is no emergency plan for drought, and specifically for heat. The prediction going into the future – based on studies done by Professor Taylor and his group, and others – is warmer nights, warmer days and less rainfall. If these are things that the scientists have evidence will happen, then we have to have the policies and programmes in place to deal with the most vulnerable in the society,” he insisted.

Their call for a national emergency plan for heat comes in the wake of sweltering temperatures that have registered as much as three degrees higher than last year, which was the fourth-warmest year on record for Jamaica since 1880.

“We have never seen these temperatures before. The frightening part about it is that we are not yet in the peak of the summer period, because our highest numbers are usual in July and August,” Brown cautioned.

“This is compounded by a lot of other things: we are already in a drought, and we did not get the amount of rainfall that we would normally get in the secondary rainfall season (April/May), which is when the farmers usually take their cue and put their things in the ground,” he added.

The reality, Brown noted, is that Jamaica is looking at a later start to its primary rainfall season, which runs September through November, peaking in October.

He added that policymakers are now being briefed to facilitate planning for the anticipated impacts, particularly with respect of the agriculture sector.

“If farmers don’t get that rainfall, then crops are affected. It means that the lovely fruits and vegetables that we have grown accustomed to will not be readily available, or they will fetch a higher price if someone does have them,” the Met Service officer said.

“It is not looking good and we need to put some things in place to protect our most vulnerable, including our farmers,” Brown noted.