'False and highly inflammatory'...Education Ministry hits back at JTA president-elect 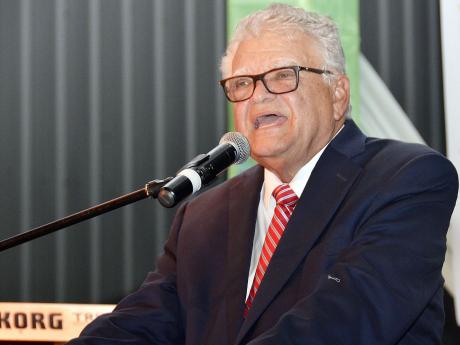 The Ministry of Education has hit back at President-elect of the Jamaica Teachers’ Association, Owen Speid, who accused it of engaging in a scheme to cover up the performance of students who sat the Primary Exit Profile (PEP).

Speid claimed, among other things, that the Ministry switched from percentage scoring to a scale scoring system so as to without information on the performance of students.

PEP replaced the Grade Six Achievement Test this year and with the change students are now scored on a scaled system in four areas – beginning, developing, proficient and highly proficient.

PEP results were released last week and since then there have been concerns about the scoring format and student performance.

The education ministry, in a statement today, rejected Speid’s accusations, labelling them as false, unfortunate and highly inflammatory.

It says there is no basis to determine that PEP students performed poorly and therefore cause the ministry to hide their performances.

The ministry charged that Speid’s statements are an irresponsible attack on the integrity of competent public servants who are qualified and experienced in overseeing the development and administration of national examinations over a number of years.

The Ministry of Education, Youth and Information is rejecting as false, unfortunate and highly inflammatory recent accusations by the President-elect of the Jamaica Teachers’ Association (JTA), Mr Owen Speid that the Ministry is engaged in a plot to cover up scores by students in the 2019 Primary Exit Profile Exams.

The decision to use scaled scores instead of raw percentages was announced at the Quarterly Press Conference of December 6, 2018 at the Ministry’s National Heroes Circle offices to which all media were invited.

This was at least two months before the first of three components of the 2019 tests were done by students.

There was therefore no basis to determine that students had done poorly and therefore cause to hide their performance.

A statement read and circulated at that press conference stated:

“In reporting students’ results in the Primary Exit Profile, The Ministry of Education has taken the decision to use Scaled Scores to report student performance rather than percentage scores.

Reported Scaled Scores are obtained by statistically converting students’ raw scores from the various tests onto a common scale.

“The following must be noted re scaled scores:

1. Raw scores do not always present the full picture because they do not take into account qualitative factors.

2. Scaled scores are used to ensure consistency in reporting and considering scores from tests that comprise different number of items and types of test questions but display an overall similarity of use and purpose.

4. Scaled scores discourage inappropriate use of the test scores

5. For high stakes testing, using scaled scores in reporting is an industry standard and best practice.”

The Ministry has engaged in a series of islandwide focus group discussions and workshops to share the new format and get feedback from parents and teachers.

Mr Speid also accused the Ministry of combining the Performance Task scores with those of the Curriculum Based Tests in order to hide marks. This again is totally false as the plan to combine the scores was shared with teachers during the islandwide consultations long before the exams.

These statements from the leader of a representative body of teachers is an irresponsible attack on the integrity of competent public servants who are qualified and experienced in overseeing the development and administration of national examinations over a number of years.

“This is not only irresponsible, but it reeks of intellectual dishonesty. It is unbecoming of someone who purports to be a leader of the teaching fraternity," Minister without Portfolio in the Education Ministry, Mr Karl Samuda said.