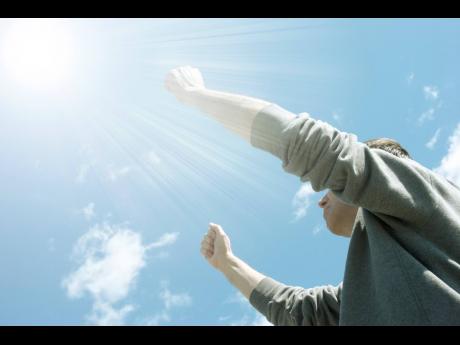 Children see their fathers as their heroes, and they need us to be mighty men. They want us to be fearless warriors who will protect them and shower them with unconditional love. We can become the mighty men they need if we accept that this is who God wants us to become and that He will help us excel at being mighty.

Last week, we started looking at examples of great men in the Bible whose lives provide guidance on what mighty men of God look like. We learned that mighty men of God stand their ground during overwhelming challenges/odds, regardless of who is with them or what oppositions they face.

Last week, we looked at Josheb, Eleazar, and Shammah in 2 Samuel 23:8, 9, 11–12 (NIV). These men were fighting for what they believed, and they had something to lose. Shammah defended the food supply: “When the Philistines banded together at a place where there was a field full of lentils, Israel’s troops fled from them. But Shammah took his stand in the middle of the field. He defended it and struck the Philistines down, and the Lord brought about a great victory.” (2 Samuel 23:11–12, NIV). Men were created by God to be protectors for their families and to provide for them. Our families get their security from us mighty men, and we must defend them.

We have enemies on every side with a master plan to destroy our family, our society and our nation. Satan is the mastermind of that plan, but God has given men the authority to stand against him on behalf of our families. The apostle Peter admonishes us, “Be self-controlled and alert. Your enemy the devil prowls around like a roaring lion looking for someone to devour.” (I Peter 5:8, NIV).

The devil has one goal, and that is our eternal destruction. He is devious and is not always direct or obvious. So he tries to destroy our concept of good family life, of right sexuality, and of the proper understanding of authority, among other things. He is slowly infiltrating and breaking down what is right. But God has anointed us to stand against him, and we cannot let him win.

The enemy must be overcome. 1 Peter 5:9 (NIV) tells us: “Resist him, standing firm in the faith, because you know that your brothers throughout the world are undergoing the same kind of sufferings.” There is too much at stake for us to allow the enemy to win. By doing things God’s way and in His strength, we will win this battle. When Shammah took his stand in the Lord, the Lord brought about a great victory.

Mighty men of God are also committed, and they serve without being asked. Look at the story in 2 Samuel 23:15-16 (NIV). King David mumbles to himself, “…Oh, that someone would give me water to drink from the well of Bethlehem that is by the gate!” Three mighty men, on overhearing King David, “…broke through the Philistines lines, drew water from the well near the gate of Bethlehem and carried it back to David.” Did you catch that? For a cup of water, these men risked their lives! These mighty men showed their commitment to King David by their act of service. They did it of their own volition! And the Lord noticed. Men, we must be committed to our Creator and our families.

These mighty men who stood their ground against the odds confronted the enemy and won. These committed men who served selflessly did not start as mighty men. The Bible tells us that they were “…down on their luck — losers and vagrants and misfits of all sorts.” (1 Samuels 22:2). These men committed to following David, a man after God’s own heart, and he led and mentored them and they became mighty men of God.

Our start does not determine where we will end up. Some of us want to become mighty men, but we don’t know where to start. Let’s start by committing our lives to the Lord and allowing Him to transform us into mighty men and better fathers.