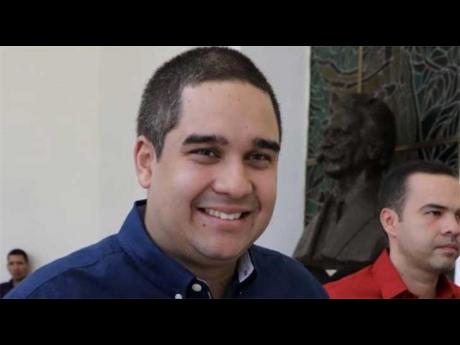 The United States (US) has announced new sanctions against the son of Venezuelan President Nicolas Maduro.

Nicolas Ernesto Maduro Guerra, 29, also known as Nicolasito, is a member of the pro-government Constituent Assembly.

Juan Guaido, who has been recognised by the US as Venezuela’s legitimate leader, heads up a rival parliament that has been side-lined by the Maduro government.

The sanctions will freeze any US assets Nicolasito has and bars American companies and individuals from doing business with him.

US Treasury Secretary Steve Mnuchin, who announced the sanctions yesterday, made it clear that Nicolasito is being punished for serving his father's "illegitimate regime".

"Maduro's regime was built on fraudulent elections, and his inner circle lives in luxury off the proceeds of corruption while the Venezuelan people suffer," Mnuchin said in a statement.

"Maduro relies on his son Nicolasito and others close to his authoritarian regime to maintain a stranglehold on the economy and suppress the people of Venezuela", he added.

The statement also accused the president's son of engaging in propaganda and censorship on behalf of the government.

The US has ramped up pressure on the Maduro administration since it recognised Guaido as the country's legitimate leader.

Since declaring himself interim president in January, Guaido has won the backing of more than 50 countries.

He has, however, struggled to wrest power from Maduro.