The war for my soul – Part 2: Homosexuality to holiness 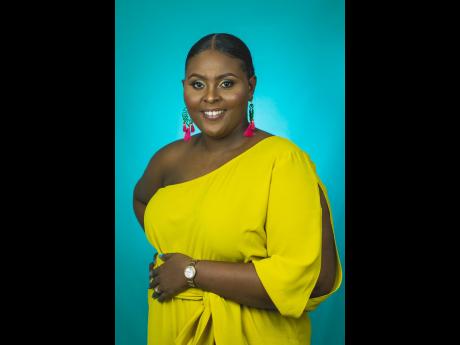 With the celebration of world pride in full swing, and the famous New York City Pride March set for Sunday, June 30, Amoy Lawrence, who got saved months before she was to attend her first pride walk, continued to explain how utter resistance roughened the journey which saw her deliverance from a life of homosexuality to one of divine purpose and holiness.

She admitted that she never acknowledged God in her earlier years as, at the time, He didn’t matter to her despite being raised in the Church. The now 28-year-old woman of God remembers her time of ‘spiritual awakening’ as being confusing to her.

“I did not know how to process it. I sat upright in the bed of my then girlfriend with tear-filled eyes wondering if this was what I had become: a lesbian. I thought of the desire to have children of my own and how impossible and unnatural that would be. I thought of the complex life ahead as an ‘out’ lesbian in Jamaica. Was it really worth it? Was this what I had wanted?

“She asked me what was wrong days on end, but tears were my only response. I struggled with the thought of breaking her heart, although mine was already breaking by a power my mind could not comprehend,” Lawrence said, adding that her heart knew that it was time to change.

Describing her transition process as “spiritually intense”, Lawrence revealed that there were moments she could feel every war, petition, and attack being strategised by the enemy to win her soul.

“I could tell there were many meetings in the heavens where my name came up. Invisible eyes watched my every move and, through it all, I could sense the spirit of God watching over me – though I had no name for Him yet. It was a spiritual war for my life. Jesus had the final say but Satan would try his best to deny that. And I allowed him, for a while, with my choices.

“The higher power – God – began to have an effect on me. I was filled with remorse, regret, and a desire to be better than what I became. The war for my soul was intense, and there were random attacks to end my life. I recall driving and feeling a force of some kind trying to cause me to lose control of the vehicle,” she said, sharing that she often wondered what was so important that made God want her that much and made the enemy want to prevent that meeting.

Getting into the power of prayer, Lawrence told Family & Religion that her lifestyle was no secret to her parents.

“You can’t hide much from parents. But my mother, oh my Christian mother, despised every fibre of my existence, I believed. She passionately hated my sin, and she did not hesitate to make it known. I was spiralling down a wild path, and her warnings had no effect on me. And in a desperate attempt to regain her daughter, she resorted to prayer and fasting.”

The now woman of God admitted that though her experiences with God began before her mother’s season of prayer, Lawrence believes that true power manifested when she embarked on the Daniel Fast.

According to her, “Through the power of God, she would know my whereabouts, the names of the people I was with. She could share details about my lifestyle that I never shared with anyone. And, I believe God used her to establish the reality of His existence to me. My fears and my defences were slowly receding, and I was in a state of ‘pre-surrender’.”