Legal Scoop | The exploitation of Ladasha/Mackerel 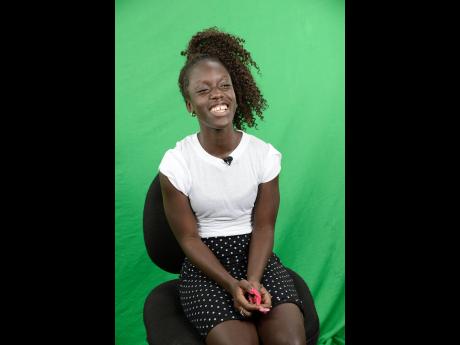 In recent weeks, months even, Jamaicans at home and abroad have been bombarded with images of a young lady who goes by the moniker ‘Mackerel’.

My own brother reached out from South Korea to find out who this Mackerel person was after seeing clips of her on YouTube. Another friend in the United States said on Facebook, “Who is this young lady? Never heard of her before.”

The media has certainly jumped on the bandwagon of this unlikely celebrity – a black-skinned, unlearnt, poor, teen, female, who has no discernible talent.

We have heard of her running off stage on Winford Williams’ show, Jenny Jenny’s take on whether what she does amounts to prostitution. Even otherwise-serious programme Beyond the Headlines, took the bait (the host was Emily Shields). The Star, The Observer, Loop, and Jamaican media personalities in the diaspora have all jumped on board.

Pictures of Ladasha/Mackerel have surfaced all over social media, attended by thousands of reactions.

She has been liked, reviled, pitied. She has been easy bait. She has no one to issue releases or statements on her behalf, no lawyer to speak for her. If you want her, you can get to her – after all, she is black-skinned, unlearnt, poor, and female, with no discernible talent.

So we parade her out and prod and poke into her personal life, her relationship with her mom and dad, and her child’s father, and there is not a soul to say, “Kibba yu mouth little girl. Tread yu yeye. You are just 19 now, but you may regret some of your utterances when you are 29. Only then, it will be too late.”

The fact that Mackerel had a child when she was just 13 years old has been a common refrain in her media interviews. In the same interviews, it has been admitted that the perpetrator was a “big man”.

In her appearance on Onstage, when queried about the possible criminal implications of having had a child so young, Mackerel responded with all the innocence of youth to say that there was no point in having the “perpetrator” locked up because “he is a good father,” 100% so.

We get that Mackerel’s exploitation has been so long in the making that she just accepts it with aplomb, but what we do not get is the reason for the silence of the relevant authorities.

Section 10 of the Sexual Offences Act (the Act) makes it an offence for a person to have sexual intercourse with a person under the age of 16 years. The act also provides for a Sex Offender Registry to be set up, where people who are convicted, must report. The maximum sentence, if convicted, is life.

There is no limitation period on the offence. As such, there is nothing preventing ‘Mr Mention’ from still being charged, even at this late stage. Nevertheless, the Centre for Investigation of Sexual Offences and Child Abuse (CISOCA) and the Child Protection and Family Services Agency (CPFSA) have been surprisingly quiet, and even the various learned media hosts have largely let the issue slide.

NOT A GOOD LOOK

This is not a good look at all. Everyone wants a piece of poor Mackerel to advance their ratings, but who gives a heck about her, really? The exploitation train with the sole passenger, Ladasha/Mackerel onboard, throttles on full speed ahead.

The Legal Scoop is not advocating that ‘Mr Mention’ be locked away, especially if he is a good father and since Ladasha herself appears to harbour no resentment towards him, but the consequences of turning a blind eye to this kind of unfettered, flaunting of an offence against a kid just entering puberty (she was 12, her mom says, when she got pregnant) is far-reaching.

It’s a bad look and speaks to an uncaring State, and worse, it sends a bad signal for other young girls in need of help. Why talk up when clearly no one, not even the State agencies, sees what’s happening to them as a big deal? Why talk up when there will be no repercussions for their perpetrators?

Ladasha and her family do not get to say if ‘Mr Mention’ should be charged. Criminal offences are deliberately categorised as being against the State, not the individual. This is why criminal cases say ‘R (the Queen) v (against) Mr Accused’ and not ‘Mr Complainant v Mr Accused’, as in non-criminal cases.

The options before the court are varied. ‘Mr Mention’ does not have to serve any prison time at all. He could be subjected to lighter penalties such as being admonished and discharged or placed under some kind of supervision order. But even so, a signal would have been sent; a signal that it’s not OK to exploit and sexually assault kids; a signal that as a country, we care for our kids and will hold perpetrators accountable for their actions.

We suspect that had Mackerel been from a different social class and/or more economically empowered, her story would have been so much different.

Must we continue the exploitation of this poor, young, black girl? Who will bell the cat?

- Shena Stubbs-Gibson is an attorney-at-law and legal commentator. Email feedback to columns@gleanerjm.com and shena.stubbs@gleanerjm.com or tweet @shenastubbs.