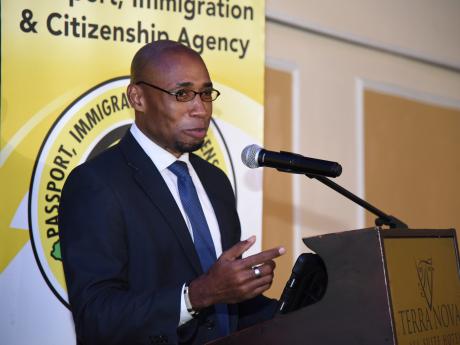 The Ministry of National Security is collaborating with the National Council on Drug Abuse and other local stakeholders to establish an Early Warning System on Drugs.

The system is a multidisciplinary network incorporating several organisations and personnel directly or indirectly involved in curtailing drug abuse and illicit trafficking.

These include Ministry agencies and organisations such as the Jamaica Constabulary Force’s Narcotics Division, the Jamaica Crime Observatory and the Institute of Forensic Science and Legal Medicine.

Other stakeholders include the Jamaica Customs Agency, and Ministry of Health and Wellness, along with drug treatment specialists and hospitals.

Chief Technical Director in the Ministry of National Security, Rohan Richards, said a multi-stakeholder effort is needed as the Government continues efforts to stem the supply of drugs.

The system is designed to identify early events that pose a threat to public health and security regarding new psychoactive substances or “emerging drugs” and facilitate the rapid exchange of information.

Jamaica, along with other Caribbean countries, is a part of several international agreements and mechanisms designed to encourage countries to develop Early Warning Systems to handle the emergence of new drug use and other substance-related threats in their territories.

These agreements include the Hemispheric Drug Strategy (2018-2021) and the corresponding Plan of Action of the Organization of American States (OAS) Inter-American Drug Abuse Control Commission (CICAD).