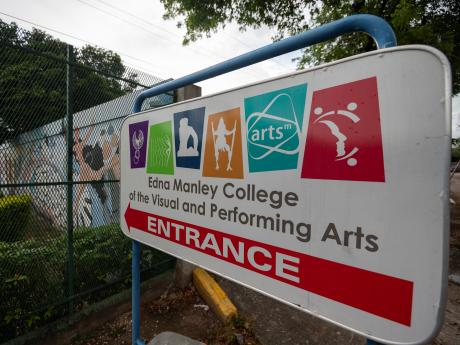 The alleged victim at the centre of sexual harassment case at the Edna Manley College of the Visual and Performing Arts has been given the go-ahead to address a parliamentary committee.

She’s to appear before an in-camera sitting of the Public Administration and Appropriations Committee of Parliament (PAAC) next week.

Permission was granted following a vote on her appearance by PAAC members.

This morning, the alleged victim, with support from human rights lobby group Jamaicans for Justice, staged a brief protest at Gordon House to highlight the issue of sexual harassment.

She came prepared to address the committee but some PAAC members shut down that request.

PAAC Chairman, Dr Wykeham McNeill, expressed disappointment arguing that she should be heard.

He was supported by committee members Mikael Phillips, Fitz Jackson, and Phillip Paulwell.

All eight government PAAC members voted against allowing her to publicly address the committee arguing that her remarks would elicit trauma and it was not fair to the accused.

Their colleague Marisa Dalrymple-Philibert congratulated the alleged victim for coming forward, adding that persons who sexually harass others must be called out.

The matter was put to a vote with six of eight government members backing an in-camera appearance.

McNeill expressed pleasure that she will be heard.

Last month, representatives of Edna Manley appeared before the committee to address the institution's procedure for addressing complaints in the wake of reports of allegations of sexual harassment implicating at least two male lecturers.

Alleged victims have accused the school's administration of turning a blind eye.