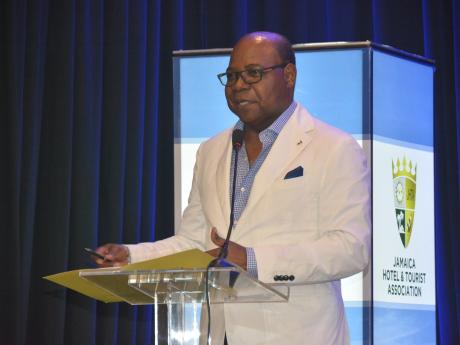 Tourism Minister, Edmund Bartlett, says the public order committee of Cabinet is to meet today to discuss the Noise Abatement Act as Government moves to improve compliance with the law.

He said that the committee, chaired by the National Security Minister, Dr Horace Chang, “will be looking seriously at the Noise Abatement Act and issues that have been raised by the [tourism] sector” and other stakeholders.

He said that a position on the way forward will be taken at Wednesday’s meeting, “which, no doubt, you [tourism stakeholders] will hear about at a later date.”

The tourism minister said the Government recognises the need for balance, as

entertainment is an income source for many Jamaicans.

“We recognise that it is a means by which many people… provide themselves with a livelihood,” he noted.

“At the same time, we are fully recognising that the purpose for people’s vacation is for rest and recuperation and that the whole business of the violation of their right to peaceful, safe and extended sleep is to be recognised and respected,” he added.

The Noise Abatement Act was last amended in March 1997.

Under the Act, entertainment sessions must end at midnight on weekdays and at 2:00 a.m. on weekends.

Consultations are now under way with key stakeholders from the Ministries of Entertainment, Local Government, and National Security regarding further amendment to the act and the hosting of entertainment activities.