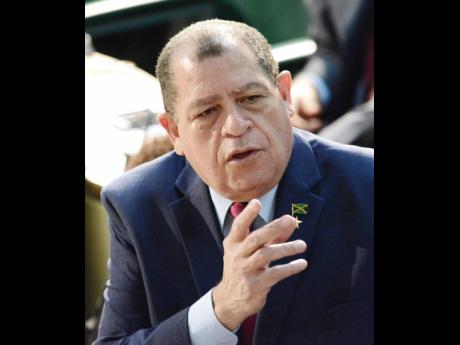 Audley Shaw, Jamaica’s minister of industry, commerce, agriculture, and fisheries, will this year take the stage at New York’s Schomburg Center for Research in Black Culture to tackle the theme ‘The Search for Green Gold … Marijuana’.

Shaw will be the guest speaker at the annual Caribbean International Network (CIN) Lecture on October 16.

As the nation’s minister with responsibility for trade, Shaw has a focus on creating new markets domestically and abroad.

In speaking about the rapidly evolving demand for marijuana, he recently said: “Jamaica is uniquely positioned to be a global player and we are committed to providing the leadership and resources required for opening the international markets, including Canada and Europe, for our licensed and regulated Jamaican companies.”

“Though ganja may be an appealing revenue source, Jamaica may find, as have American states, such commerce raises thorny societal issues such as who benefits from the revenue and how to address those who were incarcerated for selling a product that becomes regulated by the government,” read a release from CIN.

“This year’s presentation by Mr Shaw will be eagerly anticipated.”

Stephen Hill, CEO of CIN, said the lecture series has been an annual showcase of the Caribbean region’s best and brightest thinkers, entrepreneurs, statesmen, artists, and three former prime ministers.

“These renowned individuals have presented challenging and eye-opening talks before a large and engaging audience. Continuing in that tradition, this year’s topic is both timely and controversial,” said Hill.

Each year, the presentation is broadcast on CIN TV reaching more than two million Caribbean-Americans in New York. The presentation will also be streamed live for worldwide audiences.