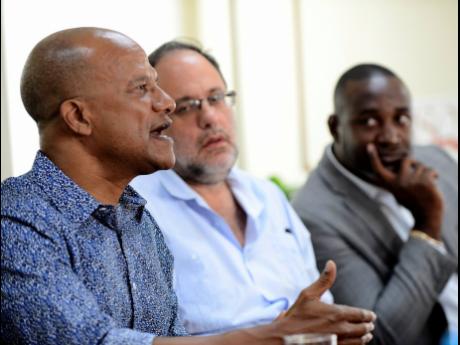 In recent years, the People’s National Party (PNP) has had difficulty drawing on the coffers of corporate Jamaica, and Mark Golding, a key campaigner in Peter Bunting’s challenge to Dr Peter Phillips’ presidency, says they are well aware of this fact and will be working to win back popular support and financial backing.

“When I was treasurer [of the PNP], it was never about receiving money and promising favours. That never happened. But persons want to know that they are supporting something which is going in the direction they feel is inclusive of them and their aspirations and is something they are prepared to support.

“Peter Bunting has embraced the idea of a big-tent approach, and it’s going to the 1972 elections campaign at a time when PNP, more than ever since, was able to attract persons from all levels of society. And we are the People’s National Party, and the word ‘National’ is significant to me in a variety of ways.”

Golding explained that every Jamaican must have a place in the society regardless of race, colour, creed, or class. He said that a PNP led by Bunting would be oriented towards uplifting and empowerment the masses in keeping with its historic mandate, which is that of an all-inclusive philosophy that resonates with corporate Jamaica and Jamaicans.

“Jamaica is not an easy place to live. Crime rate is through the roof. There are a lot of negatives around that, but people who are here are staying because they believe in their country and they want to see better. So they are prepared, I think, to support a movement, an approach, which sees the value that they bring to the table and also is espousing, I think, a core integrity, which is what Peter Bunting embodies, and modernity, which they appreciate is necessary for the PNP to transcend where it is now to become the next Government,” Golding explained.

“So I think that the big-tent approach is helping us with our fundraising. I anticipate that the structure that we put in place is going to continue after the 7th of September (party conference) towards the next general election, ‘cause we are all minded that this is not just about making Peter Bunting leader of the party. This is about the PNP coming back to office as part of a retuned, redefined, re-energised political force. This is what this is about,” he declared.