'Where are my parents?' Woman seeking family after being abandoned as a child 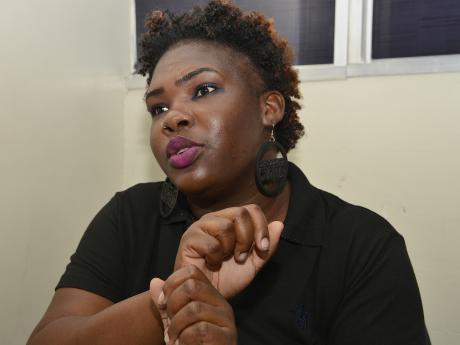 Saddled with questions, 29-year-old Yanique Thomas, who says she was abandoned as a child by her mother, is seeking the public's assistance in reuniting with her parents.

"The only information I have is that my mommy left me with a lady at Ward Theatre [in] downtown [Kingston] and said, 'Can you hold this baby for me? I'm coming back,' and she never showed up back," Thomas told The Gleaner in an interview.

Thomas said she was informed that she was taken to the Central Police Station and later handed over to the Child Development Agency (CDA), now Child Protection and Family Services Agency, and thereafter placed at a children's home.

"I have no clue of anything else because my mother didn't leave any papers to say anything, so I am not sure at what age she left me with the lady, and I am not even sure when my real birthday is or which year I was even born," Thomas added.

She said she was presumed to be two years old at the time she was abandoned.

According to Thomas, she was given a name by the CDA, and, based on information gathered from the police, the agency estimated her birth date.

She remained in state care until age 17, when she was adopted.

Thomas said that even though her adoptive parents treated her well, she always yearned to find her birth parents.

"I am the only child for my [adoptive] parents, so they spoiled me, but whenever it comes around to Mother's Day or Father's Day, I always feel bad, especially when I see everybody always posting their parents and sometimes have some birth stories.

"Also, sometimes when I used to be rude when I was smaller, my mother would also say some things like, 'A must some rebel ah yuh parents,' or some things to that sort, and I would always really wonder how my parents were," Thomas said.

The quest to find her parents started at age 16, but, with not information, the journey has been fruitless.

Thomas said that she has tried several avenues to locate her parents, including seeking the assistance of The Susan Show, which is known for helping to reunite families and is now turning to the public for help.

"I really just want to ask my mother why she do it because I am very curious. I also want to know if she is dead or alive or if I have any other siblings or family. [I] Just want to know what my real family is like," Thomas said.

Thomas said that in the meantime, she has faced some challenges as a result of being abandoned.

She said that due to the absence of information about her place of birth and her birth parents, she is unable to complete forms and applications that require these details.

According to Thomas, this has limited her opportunities.

She may be reached at yanyantt9@gmail.com