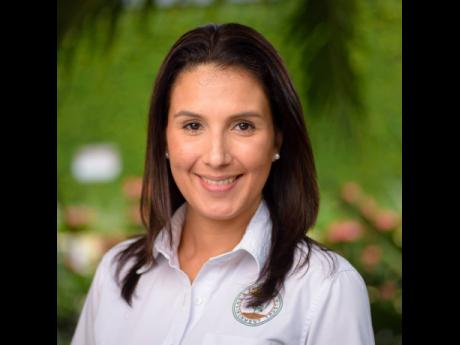 There is a running joke on social media that the sun that we are experiencing today is not the one we played in about 20 years ago. But what if it is not a joke?

Suzanne Stanley, chief executive officer (CEO) of the Jamaica Environment Trust, explained that the almost unbearable heat that many countries are facing now is the result of a phenomenon.

“Jamaica and the wider Caribbean are already starting to feel the effects of climate change,” Stanley said.

Climate change is any significant long-term change in the expected patterns of average weather of a region (or the whole Earth) over a significant period of time. The effects of these variations on other parts of the Earth.

Stanley said that the effects of climate change can be missed because they are very small over the short term.

“Although the changes associated with climate change may be imperceptible on a day-to-day basis, when we start examining the broader picture, we can recognise that the Caribbean has been experiencing more intense hurricanes – the 2017 hurricane season was a good example of that – wetter seasons, and long periods of drought,” she further explained.

Stanley said that heatwaves like the one being experienced in Jamaica now can also be linked to climate change.

“Kingston is expected to be one of the first cities in the world to experience climate departure – that’s the moment when average temperatures become so impacted by climate change that our old climate is left behind,” Stanley stated.

“It is a sort of tipping point,” Stanley said. “In Kingston, this tipping point is expected somewhere between 2023 and 2028 – within the next decade. Within the last couple weeks, Jamaica has experienced the hottest temperature ever recorded,” she continued.

Stanley said that this is the start of what is going to be a recurrenting trend as we approach the climate departure tipping point.

It is a scary thought that a summer as hot as this one will happen again, and probably hotter, if drastic measures are not implemented.

“Climate change will impact every system on our island – our economy, our society and our environment,” Stanley said. “We must prepare, as a nation, for these and other climate eventualities by protecting our natural support systems – our forests, wetlands, and watersheds; increasing our storage capacity for water; transitioning to renewable energy sources and improving energy efficiency; and moving our major infrastructure inland,” she said.

She implored the nation to work towards making its man-made and natural systems more resilient.

“These are difficult changes to make because they are not popular ones. There is no easy way out of this one (climate change). But the longer we wait to address these things, the worse the impacts and the more expensive they will be to fix,” Stanley explained.