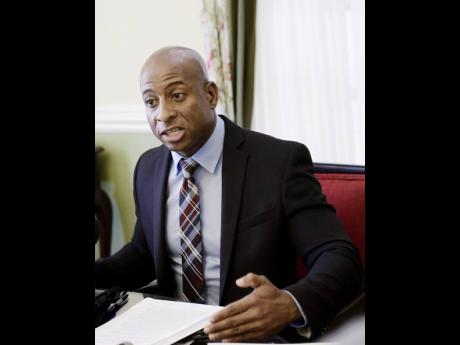 Omar Robinson, president of the Jamaica Hotel and Tourist Association (JHTA), is concerned that despite an influx of close to 2.5 million stopover visitors in 2018, smaller properties are still not cashing in on the nation’s multibillion-dollar tourism industry in a significant way.

Robinson, who was speaking at the recent 58th annual general meeting (AGM) and convention of the JHTA, said that a marketing campaign was needed to help boost the earning potential in the industry, especially for smaller properties.

“Small hotels continue to be the backbone of Jamaica’s tourism, and, as such, sufficient marketing programmes should be implemented to help improve the profitability of this sector,” said Robinson.

“It must be noted that while our larger properties did extremely well, smaller properties continue to experience low to average occupancies, except during some peak periods,” added Robinson.

He also commented on the tourism sector’s potential to get bigger and stronger. “Last year, the JHTA welcomed a number of large and small allied companies and several hotels across the island, boosting the local and international brands,” said Robinson. “This is a testimony to the strength of the Jamaican hospitality and tourism product that new investment is being made apace by both our own local and committed Jamaicans, along with foreign investors.”

Robinson also noted that hoteliers across the island have been working hard to align their properties with new trends and imperatives that could help them to remain competitive in the ever-changing global tourism industry.

During his presentation at the AGM, Robinson seemingly earned the wrath of some players in the sector when he recommended that the owners and operators of Airbnb properties be asked to pay hotel accommodation tax like their counterparts in other Caribbean destinations.

“We maintain that, at the very least, basic health and safety regulations and minimum tax inputs be implemented, as has been done in other regions,” said Robinson in seeking to justify his recommendation.

However, in rejecting Robinson’s recommendation, one Montego Bay-based small hotelier said that the JHTA boss should focus on bringing more business to smaller properties as these players only enjoy a windfall when major events are staged locally.

“If you take out the Reggae Sumfest and Emancipation/Independence period, business is basically a hand-to-mouth affair for the small properties,” said the businessman. “Asking us to pay the so-called accommodation tax could be the straw that breaks the camel’s back.”