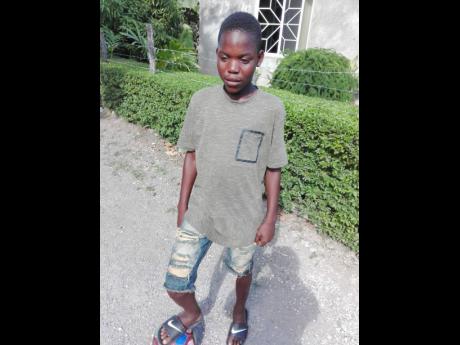 Watson was selected from a team of 205 young football lovers earlier in June to represent Jamaica in Barcelona, Spain. “I feel very, very good and happy about going to Spain. My favourite footballer is Neymar. I like his skills, how he plays and his speed,” Watson told The Gleaner.

His mother, Lorraine Hamilton, describes him as a “football know-it-all,” smart, disciplined, well-behaved child who makes relentless efforts in thriving academically. She told The Gleaner that she was initially not enthused about her son’s football dreams as she was of the impression that the sport would serve as a distraction to Watson, but says she has moved on from that notion.

“I am his biggest supporter, but I encourage the bookwork as well,” she said. Waston’s journey to his dream started early last year after being selected to be a part of the team to represent Clarendon in the 2018 Primary School League competition. Watson’s mother, beaming with pride, said, “I am always at Orane’s match, never missed a match.” In fact, she said it was at one of her son’s football matches that she was approached by a coach who praised his football skills and requested that he joined the Clarendon Under-13 team. Hamilton admitted that it was through representing the parish many coaches and fans of the sport became cognisant of Watson’s football prowess.

Young Watson was recruited at the third staging of the Milo-sponsored tournament in Kirkvine, Manchester, on June 1. “When I was there, I overheard coaches talking about him specifically. How talented this little boy is and him nuh look normal,” Hamilton told The Gleaner. She expressed a tad of despondence as they were informed that only two players would be chosen on that day. “They had 205 children there and they only needed two, and they had to get a girl.” Hamilton said she soon overcame her anxiety when her son walked over to her and said, ‘Mommy, give me a word of prayer’, and he walked off and say ‘Mommy, me a go pray fe me self now!’ The young football star said upon returning to the field, he scored a total of three goals in the first seven minutes of the game.

Hamilton said following that game, she has been approached by several coaches showing interest in Watson joining their teams. One of such coaches being Sydney McFarlane, coach for the Harbour View Under-13 football team.

McFarlane told The Gleaner that Watson looked like a “Spain player.” He added that Watson is knowledgeable about the sport and is a team player, noting that with the right guidance and training, he has the ability to be a bigger star. He said that the Milo-sponsored tournament returns next year, where they will be recruiting more young talents to represent Jamaica.

Watson recently sat the newly introduced Primary Exit Profile exams which earned him a place at Kemps Hill High in Clarendon. However, he will take up an offer to attend Kingston College in pursuit of his football dreams. The young Messi and team will leave the island on July 30 to compete in Barcelona, Spain.