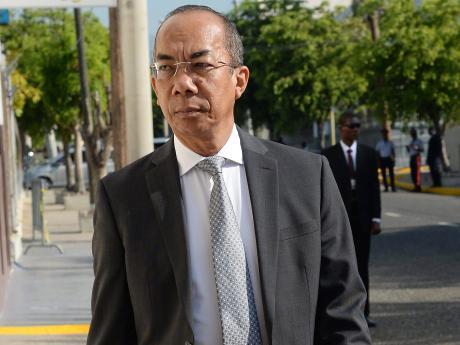 KINGSTON, Jamaica, CMC – The government says it is moving to boost the capacity of  the security forces to monitor communication by criminals and will soon pilot legislation as part of its crime fighting capacity.

National Security Minister Dr Horace Chang said that a review of the anti-gang legislation is near completion, with important amendments being examined, but indicated that the Andrew Holness government will not only be relying on that law to suppress gang activities.

“The Anti-Gang legislation will have two of three final sittings,” Chang said, adding “we are bringing to the House amendments to the Intercept of Communications Act to provide the security forces with an effect means of using modern technology to gather evidence in dealing with the criminal enterprises, the gangs, the dons and…the bringing of guns into the country.”

The Interception of Communications Act allows the security forces to tap the telephones of persons suspected of or accused of criminal involvement.

Currently, there is a state of emergency in effect in the western parishes of Westmoreland, Hanover and St James. In January, a year-long state of public emergency expired in St James.

In describing the overall crime situation nationally, especially relative to murders, Holness declared that, “this is an epidemic and no one should tell that the country should be satisfied with it.

“The truth is that the level of crime is above the capacity of law enforcement to (effectively) respond. There have been 11,000 murders in the last eight years, and we do not have enough investigators,” said Holness, adding “the government is employing not just one strategy, but a raft of strategies that must complement each other”.