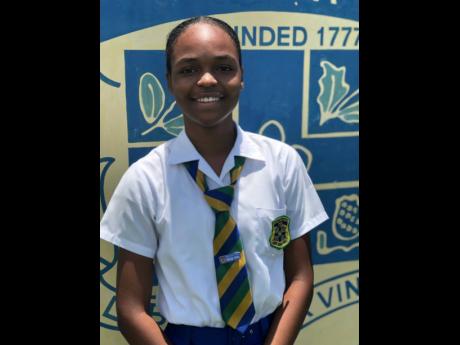 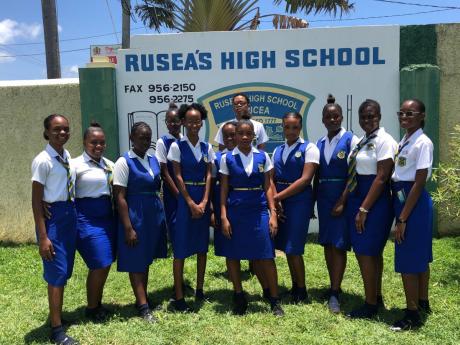 Contributed
‘Girls With a Purpose’ programme instructors and participants. 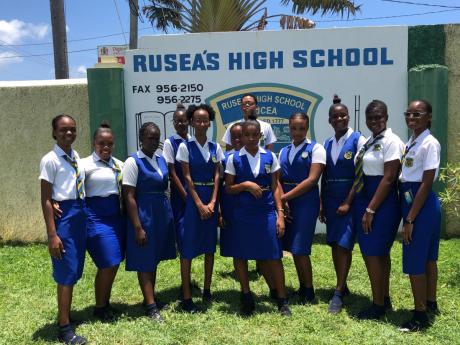 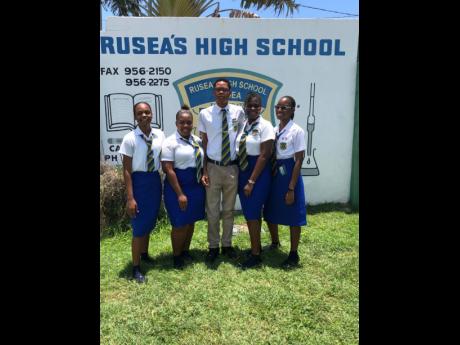 Outgoing Rusea’s High School head girl, Hannah Richards, has left behind a successful legacy of youth empowerment on the students of her school. She, along with Peer Counselling President and close friend Lisa Adams, started the ‘Girls With a Purpose’ initiative in January 2019.

As stated by Adams, the objective of the programme “was to help girls who are troubled or those who are not really performing well academically”.

She added: “We wanted to help the girls get into a right state of mind, emotionally and mentally … (because) we realised that their averages were dropping tremendously.”

Additionally, Richards gave insight as to what spurred the creation of this idea. She told The Gleaner: “I came up with the idea because I had observed that females in my community were having problems at home, going to school and misbehaving. I also saw that these were the same females that were underperforming.”

That discovery galvanised the young leader to formulate a mentorship programme that would help to remedy the situation. She went on to recruit sixth-form students who would volunteer and teach the young girls the subjects in which they were weak.

For instructor Keneita Mullings, the voluntary service was not a hindrance because she has seen the positive results in the students first-hand. “I believe that the programme has positively impacted the girls because now you can see where there have been improvements in academic performances, how they approach other persons, and in their behaviour,” she said.

That sentiment is echoed by Richards, who has seen marked improvements in the performance of those students. She noted that a student she taught subsequently topped her mathematics class, while others have become “much more outspoken, more respectful, and much more understanding of rules”.

Richards also successfully imbued a dose of creativity and physical activity for each week during the duration of the programme.

She explained: “I had a day for personal-development activities. So we would either go to the kitchen and learn how to cook something, or we would go over the field and learn a little bit of football or join the fitness club, among other clubs, to learn a little bit about what they are doing. So it was also incorporating extracurricular activities to see how it can help with academics.”

Additionally, the programme also facilitated student camaraderie through playing games, or hosting counselling sessions where young ladies would learn about topics not sufficiently addressed in schools, like domestic violence or cyber bullying.

Richards stated: “I really want to focus on women empowerment because I realise that a lot of these girls really and truly don’t know their value. And if I could speak to them and let them understand their value … then it would not only allow them to be impacted, but they will also impact others, so it is a snowball effect.”

Rusea’s High School principal Linvern Wright credits the success of the initiative to the exceptional qualities of his head girl. He described Richards as one of the best head girls the school has had since his tenure.

He explained: “She wants to know what is happening with the kids. What it is that is motivating and influencing their behaviour. Instead of just meting out sanctions, she prefers to address the issues, source or cause. That is something that I fully support.”

One of the students, Taffian Kerr, expressed her interest in seeing the initiative continue “because it helps those who are slow learners, and it also inspires them to go further and see what they can do”.

Regarding the future of Girls With a Purpose, Richards said: “I would like it to spread to other schools and evolve into a foundation that can not only help the girls academically, but financially as well.”