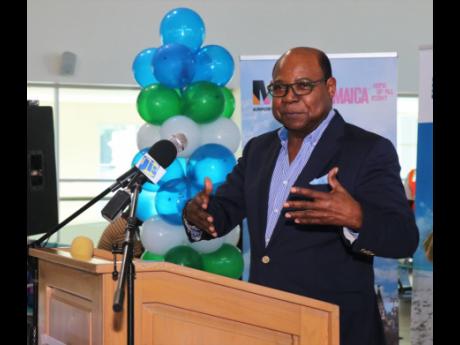 Minister of Tourism Edmund Bartlett has said that the Government is looking to build out the tourism product in non-traditional areas across the island as it looks to fully maximise the country’s tourism potential.

Bartlett said the objective is to create ‘mini-destinations’ that can attract large numbers of visitors.

“While it is commonplace to associate tourism with the island’s six official resort areas (Kingston, Montego Bay, the south coast, Ocho Rios, Negril and Port Antonio), there are now some non-traditional areas that have started to get a look-in,” he noted.

“I am telling you that there are a number of places that we are looking at and which are just loaded with potential,” he added.

The minister identified Clarendon as a parish that is “just waiting to be unleashed” and could be marketed as an eco-friendly tourist hotspot.

He said that attractions such as Salt River, the Salt River Mineral Spring and Jackson Bay Beach have been earmarked for development.

“I toured sections of the parish on Wednesday (July 3) and was very impressed with the potential of a number of attractions and the pull factor they would become as it relates to visitor arrivals,” he said.

Areas of St Thomas and Hanover capital Lucea are also being targeted as part of the thrust.

Bartlett said the mini-destination concept will ensure greater inclusivity as where more Jamaicans would get involved in the tourism sector.

“We are also looking at how best our local communities can benefit and how we can get more of our locals involved. For tourism to maximise its full potential it has to be inclusive and it has to have all hands on deck,” he pointed out.

He said mini-destinations would also offer greater variety in the country’s tourism offerings and give visitors the chance to see more of Jamaica and “its iconic people”.