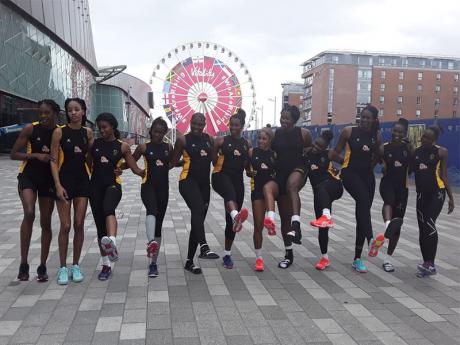 LIVERPOOL, England:
Jamaica's Sunshine Girls head coach Marvette Anderson is satisfied with the progress of her team following today's training session at the Exhibition Centre as they continue their preparation for the Netball World Cup tournament, which begins on Friday.

However, Anderson says there is still more work to do.

"It was a good training session because I think the ladies are warning up to the tactical plays that we are trying to put in place," said Anderson.

"There is still a little working on to do but, I think that we will be ready come Friday," she continued.

The Sunshine Girls, who arrived in Liverpool yesterday after a one-week training camp in Manchester, underwent an intense training session, which includes a number of attacking and mid-court plays.

The session lasted for one and half hour.

After today’s practise session, Anderson told The Gleaner that she was very pleased with how the team has been progressing so far.

The Sunshine Girls, who are ranked second in the world, will take on the world 17th ranked Fiji in their opening match on Friday.

Anderson said despite Fiji’s ranking the team will not be underestimated.

"Every game is going to be a challenge because I am sure that Fiji is not coming to show up and so we are going to have to be on our best game," Anderson said.