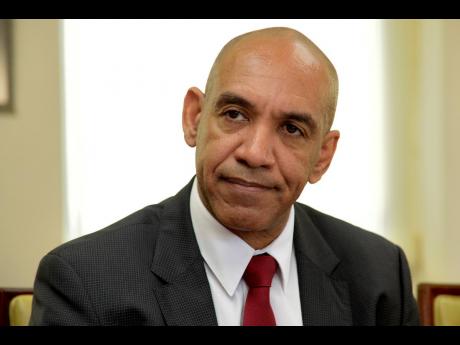 The High Command says plans are progressing well to get a new police unit up and running to replace the controversial 57-year-old Mobile Reserve but it remains tight-lipped on the induction of members.

National Security Minister Horace Chang announced in May that a major shake-up the Jamaica Constabulary Force was on the horizon, starting with the disbanding of the Mobile Reserve. The announcement came days after an April 28 incident in Chedwin Park, St Catherine, which left two civilians and a policeman dead and two other cops facing murder and other charges.

Senior Superintendent Terrence Bent, commander of the Mobile Reserve, was sent on leave as investigations continue into activities at the division as Assistant Police Commissioner Warren Clarke spearheads the wrapping-up exercise and the development of the new unit.

“The [Chedwin Park] incident at Mobile Reserve and a few other things that were happening there are being investigated. As the commander, it makes sense that you are not there at the time so nobody can accuse you of interfering with the investigation,” Police Commissioner Antony Anderson told a Gleaner Editors’ Forum last Thursday.

Anderson stopped short of saying whether Bent himself was being investigated for direct involvement in misconduct.

“The inspectorate is actually looking at the overall thing, and obviously, as we go through the process of winding up, there are a lot of audits that need to be done,” he said.

Anderson could not say who would head the new dispensation or how its members will be selected.

“At the moment, we are actively doing some things. We are doing audits, we are sensitising those persons who are going to be transferred.

We are looking at retraining those who will form the new unit. A range of processes are being done,” he said. “We will not disclose who will be leading the unit. You will know that when the time comes and that will be soon.”

After the Chedwin Park incident, reports emerged that undercover cops had been travelling with multiple licence plates, which they reportedly switch on unmarked service vehicles when going on some operations. Multiple plates were found in the car in which the cops implicated in the Chedwin Park incident were travelling. Five handguns – three Glocks, a .45, and a Browning 9mm – blue flashing lights and a logbook were also recovered from the vehicle.

Last Thursday, the police commissioner denied knowledge of the practice of changing licence plates on operations.

“I’m not aware of any policy that allows for that,” Anderson told Gleaner editors and reporters.

In May, senior members of the constabulary told The Gleaner that the changing of registration plates is a strategy employed in certain undercover outfits to throw off criminals who may be on the lookout for a particular vehicle. There are concerns, however, that the strategy may also be used nefariously by rogue policemen in committing crimes or on unauthorised operations.

“Nobody is going to tell you that they are using unorthodox methods to fight crime in the police force.

You can change licence plates and you can even change the cars, too, but these are not [things] that you make known,” a senior policeman said then.