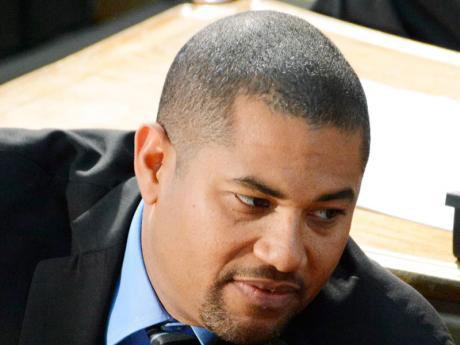 There are more questions for the scandal-scarred Caribbean Maritime University (CMU) about the administration of its Career Advancement Programme-Youth Empowerment Solutions project (CAP-YES).

The CAP-YES programme is an initiative that targets at-risk young people in hotspot communities in several parishes.

Among the questions raised by Mikael Phillips, an opposition member of the Public Administration and Appropriation Committee (PAAC) of Parliament, is whether a man he identified as Devon McQueen was contracted to supply meals for the programme while being employed by the Ministry of Education as a driver for discarded education minister Ruel Reid.

Phillips also questioned whether any aspect of the programme was given to the Hydel Group of Schools to implement.

The Hydel Group of Schools is headed by Hyacinth Bennett, the CMU council chairperson.

"Was any of the CAP-YES programme sponsored/financed by the HEART TRUST/NTA and administered by CMU given to the Hydel Group of Schools to implement?" he questioned during today's sitting of the PAAC.

"If the answer is yes, was the board notified of the chairman's interest? what is the amount spent on the CAP-YES programme with the Hydel Group of Schools?" he continued.

Phillips also questioned whether CMU paid the travel expenses for its president Professor Fritz Pinnock and other senior executives to attend a ceremony in Florida in the United States last year.

Already, it has been revealed that CMU made payments to two women who reportedly served as Reid's helpers.

In the case of one of the women, Doreen Miller, CMU has produced a report showing that nearly $4 million was deposited to her account on the instructions of Gail Campbell Dunwell.

Campbell Dunwell is a Jamaican living in the US state of Georgia and who was hired by CMU as a consultant to seek international donation for the east Kingston-based institution.

She also insisted that she has no knowledge of how the account operated.

She claimed she was accompanied by a relative of Reid to open the account and said the debit card for the account was immediately taken from her by the same relative.