Going beyond the ‘Mars-Venus’ construct 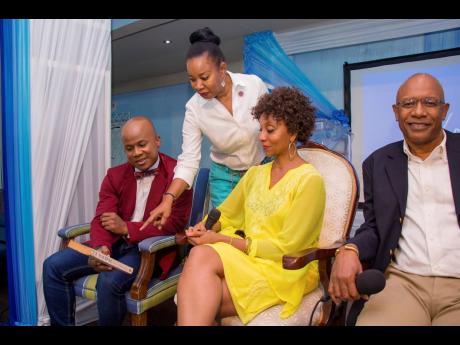 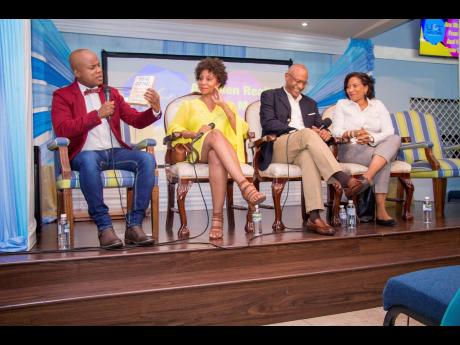 The topic of man-woman relationships is an endlessly fertile one for debate, given the possible directions it could take and the public demand for exploring those directions.

So much so that American John Gray’s era-defining 1992 book, Men are from Mars, Women are from Venus (which spawned follow-ups and a Mars-Venus Counselling Centre on the way to over 15 million copies sold) could handily provide a frame for a lively panel discussion, held recently at the Universal Centre of Truth for Better Living in Kingston.

From the title, ‘Are Men Really From Mars and Women From Venus?’, the talk suggested a rebuttal of Gray’s famous premise.

Moderator (and Press Association of Jamaica president) George Davis laid out as much from the outset in his preamble, making reference to the nearly 30 years since the book first emerged and citing the usual tropes of technological change (echoed by the panel) and broader shifts in social conventions as a gentle debunking of the “cosmic” central premise (Mars = men; Venus = women).

Carpenter, in particular, ripped the book’s titular theme, relegating it to a “marketing ploy on the part of the publishers to drum up attention and, thereby, sales”.

Cuffe used similar, if less strident, terminology, while emphasising the importance of being honest with oneself and discovering “who you are”.

A brief missive from the Rev Dr Sheila McKeithen, president of the Universal Foundation for Better Living, preceded the opening question from Davis, which served as a definition of terms, sought to find what – not who – a man is and who a woman is. The question yielded a focus on gender, with accompanying recognition of physiological and anatomical differences (men have, in Sutherland’s words, “the appendage”).

But the discussion then covered a wide area. One such was domestic conflict – including physical and verbal abuse, infidelity, multiple partners, and the various accommodations that both men and women come to over the course of their relationships.

Throughout, the issue of socialisation, related to another polar paradigm – nature vs nurture – came up repeatedly. To what extent, both the audience and the panel seemed to ask, should men and women be blamed for either inflicting or accepting unpleasantness in relationships, and what effect do long-standing social conventions have on personal conduct in modern times?

Of particular interest was a point raised by Carpenter in summary. Declaring conventional gender definitions to be “destructive”, she went on to say that she herself was “ungendered” – in that she saw herself as neither male nor female. It’s a position that might fairly be expected to be a hard sell to the general populace.

But that will no doubt be fodder for future debates, and in this ‘cosmic loop’ of man-woman relationships, that’s arguably a delightful constant.